Nvidia reveals its CEO was computer generated in a keynote speech 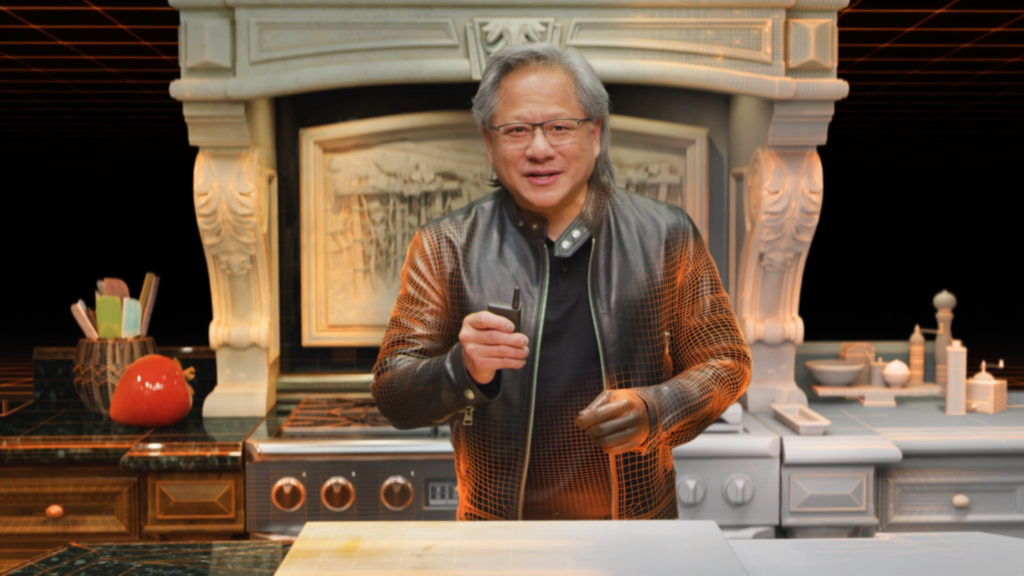 Although most people dislike making presentations, someday you may be able to give one without really giving it. An whole virtual recreation of Jensen Huang and his kitchen in the background was presented by Nvidia, the developer of popular graphics cards, during a major speech by its CEO.

SLEIGHT OF HAND — The speech took place in April, and only 14 seconds of the nearly two-hour speech were animated. However, part of the presentation showed Huang miraculously vanish and his kitchen explode, leaving viewers to wonder whether what they were seeing was real or not. However, identifying the phoney piece, which is the most striking element, is difficult.

To be sure, producing the visualised rendition of Huang took a lot of time and effort. A full face and body scan was acquired using a truck full of DSLR cameras to produce a 3D model, and artificial intelligence was then trained to emulate his actions and expressions. Nvidia claims it used additional “AI magic” to make his clone look realistic. Even yet, it’s a remarkable achievement because one can watch the presentation and have no idea which sections are real, recorded footage and which are phoney.

Artificial Intelligence Magic (AI Magic) — Nvidia’s strong graphics processors have showed other ways to manipulate reality. A new AI-powered suite of tools that improves video call quality by learning your facial expressions and rendering them on a remote server was unveiled by the company last year in response to the COVID pandemic. This reduces the amount of data you use on your own computer while improving clarity for other participants even if your connection quality drops.

Artificial intelligence isn’t quite there yet when it comes to recreating complicated facial emotions. The system analyses enormous amounts of film and video of a person’s face before determining how to change it to generate various expressions. However, because human features are so complex, small details such as eye reflections can be wrong. And, as Nvidia illustrated, a good reproduction necessitates a significant amount of hardware.

The phoney AI presenter, on the other hand, is one of our favourites. Hopefully, Nvidia will one day bestow this technology on the rest of us, so our next work presentation won’t even require us to be present.