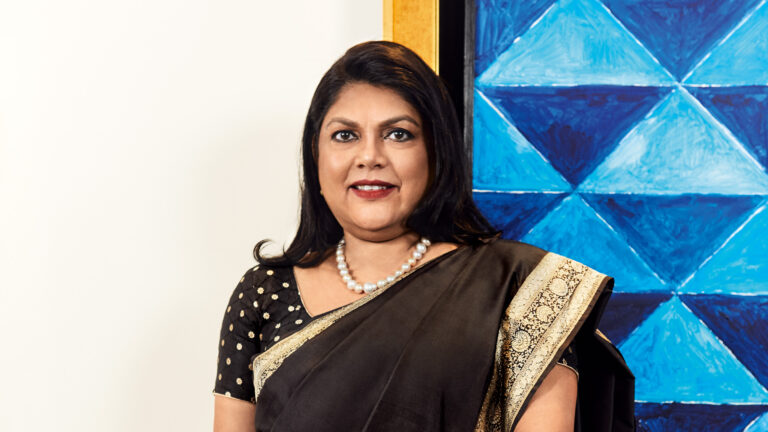 The founder of Indian makeup and cosmetic company, Nykaa, Falguni Nayar, recently made her debut on the list of the top 10 self-made female billionaires of the world with a staggering net worth of $7.6 billion USD. This is the official list compiled by the Hurun Research Institute.

The 59-year-old has entered the record books as she is the first ever Indian to make the list. Her company, Nykaa, sells beauty and cosmetic products through their online store, other online licenced sellers and also through several outlets all throughout the country.

Even in India, the number of female billionaires has multiplied by three times over the past ten years which is great for society, women, and the economy as whole.

Nykaa was founded ten years ago in 2012, when Mrs Nayar was almost 50 years old. The company was able to find steady growth through the years under Mrs Nayar and they made the decision to go public on the New York Stock Exchange as recently as in November 2021. The company is now worth over $14 billion USD even overtaking Zomato as the most valued start-up in India during IPO while Zomato takes the silver medal valued at just under $14 billion USD.

They were able to get a strong valuation mainly due to the fact that unlike other tech start-ups, this one was able to stay profitable from the get go, without going too much into debt ever.

The company was also able to get a massive valuation as at the same time, the Indian market was slowly recovering after the huge slow phase during the coronavirus pandemic. Many look to capitalise on the potential that the Indian economy has, especially now that we have removed the shackles of the covid pandemic which kept the country restricted for too long.

Ever since the start of the new year, Nykaa has seen a small decline in the price of their shares. According to experts, this is really nothing to be worried about as many companies have experienced their shares running in the red while still performing well and making money, as Nykaa continues to do. As Nykaa keeps making money and growing, its shares and valuation will be only be green.