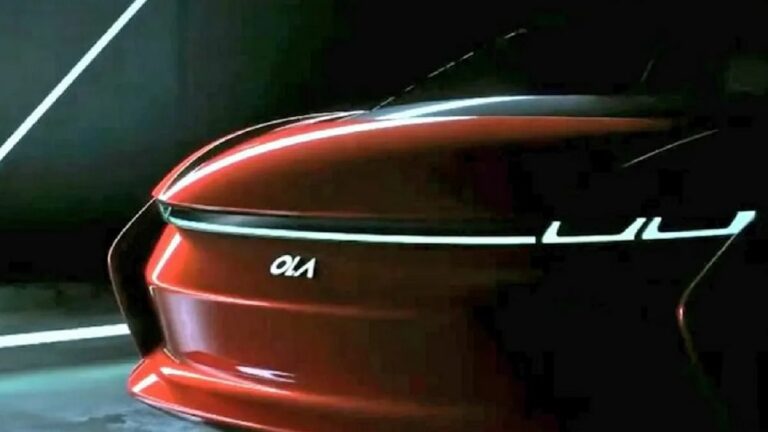 India’s Ola Electric Mobility recently released a video, where the CEO Bhavish Aggarwal is seen talking about the company’s plans. Stated that the company will bring electric cars into the market in 2024. According to various news reports, Aggarwal revealed that the cost could rise up to Rs.50 Lakh. However, the video revealed by Ola Electric doesn’t include the cost.

Furthermore, the company will be launching a wide range of products on the market. It is said that they will have both premium electric cars and entry-level cars as well. However, the details of the electric car are yet to be revealed. When it comes to sales strategy for the electric car, Ola aims to produce one million units within two-three years after launching it in 2024.

According to Ola Electric, the upcoming electric car could have a range of 500 kilometers on a single charge. The EV maker also claimed that this car would be able to accelerate from 0 to 100 kmph in just four seconds. The car will come with a claimed drag co-efficiency of around .21. Comparing it will other local range models, Tata Motors’s Nexon EV is to have a 437 km range per charge. And Tata Nexon EV goes from zero to 100 km per hour in 9.4 seconds.

On the rationale behind the plan to launch a premium electric car first, he said, “Global automakers think that the Indian market is not ready for world-class technology and hence sell their hand-me-down tech in India. Now we need to change this. We deserve a car that defines this new India, an India that is fearless and believes in writing its own destiny.”

Aggarwal said Ola Electric has also been working to have a full-fledged electric vehicle ecosystem at a single site at its ‘Future Factory’ in Krishnagiri district in Tamil Nadu. The company is also adding manpower for its battery cell research, he said, adding, “we have a large team of 200 members now and we will grow the team to about 1,000 people next year”. According to Business Standard, when asked about hiring guidance for the electric car project, Aggarwal said, “…we’re closing in on 1,000 people, all working on the new products.”

Ola Electric, which had stopped production of its S1 electric scooter in January this year, also announced the resumption of sales of the same with deliveries slated to commence from September 7. The S1 comes with a 3 KWh Lithium-ion battery pack with a range of 90 km to 128 km on a single charge depending on drive mode along with upgraded software. It has been priced at Rs 99,999.