In an attempt to break the economic barrier for electric two-wheelers in value-conscious India, Ola Electric Mobility Pvt priced their electric scooter at 99,999 rupees ($1,348). 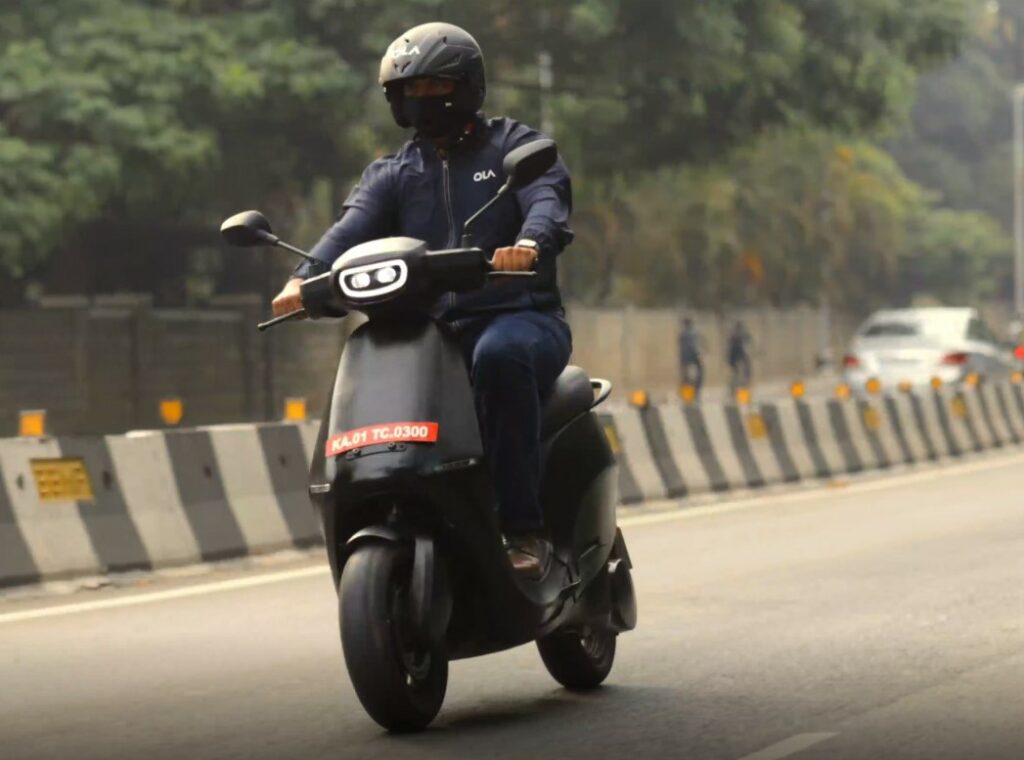 During an official debut scheduled to coincide with India’s Independence Day on Sunday, the electric car unicorn funded by SoftBank Group Corp. and Tiger Global Management revealed the price of the Ola S1. On a full charge, the base version of the electric scooter will have a range of 121 kilometers (75 miles).

According to the firm, the ultimate price will vary depending on the incentives given by each state government. Deliveries will begin in over 1,000 locations in October, with exports to Asia, Latin America, and Europe to follow in the coming months.

Bhavish Aggarwal, chairman and group chief executive officer of Ola Group, which includes the Ola ride-hailing business, stated, “By 2025, all two-wheelers sold in India should be electric.” The aim is to start producing one million scooters in the next months, with manufacturing ramping up as demand grows, he added.

At a press conference held before the scooter’s public presentation, Aggarwal stated, “We want 50% of all-electric two-wheelers produced for the globe to be created in India.” Aggarwal’s worldwide electric vehicle aspirations are contingent on the bike’s make-or-break price. In the domestic market, where competing petrol-fueled scooters cost approximately $1,000, affordability might help reach scale. Low per-kilometer operating costs and low maintenance expenses might help it compete with established two-wheeler manufacturers.

Within 24 hours of the scooter’s pre-ordering opening a few weeks ago, the firm had received over 100,000 orders. It has lined up nine banks to allow purchases on monthly payments of 2,999 rupees for a booking fee of 499 rupees.

Scooters and motorbikes clog roadways and contribute to pollution in India’s highly populated cities, making it the world’s largest two-wheeler market. Electric car sales are still modest, but they are slowly increasing as the government encourages their use through incentives. According to the CEEW Centre for Energy Finance, India’s electric vehicle industry may be valued at over $206 billion in a decade, with over 100 million units sold – roughly 200 times the present amount.

After China and the United States, India is the third-largest emitter of carbon dioxide, and gasoline costs are at an all-time high. The country’s lofty electric car objectives, according to Ola’s creator, make it ripe for disruption.

Ola’s scooter includes a home charging kit, and the company claims it will oversee the development of the country’s largest network of charging stations, which will span 100 cities. The scooter was designed entirely in Bangalore, with features such as keyless entry and a reverse function to aid maneuvering into tight parking spots. It competes with Ather Energy Pvt., a Hero MotoCorp-backed electric scooter that has been on the market for a few years.

By the end of 2022, Ola plans to establish a $330 million facility in India with a production capacity of 10 million vehicles per year, or 15% of the world’s e-scooters. Aggarwal’s objective is to develop and construct a range of vehicles, including electric automobiles, using 90% locally sourced components to support Prime Minister Narendra Modi’s Make in India effort and long-term transportation goals. According to Aggarwal, the development of electric vehicles has already begun.

Chip shortages are a problem for the two-manufacture, wheeler’s according to Aggarwal, who added that Ola is “working to manage the live situation.” For the time being, the business is well-capitalized, but the founder stated that it will raise funds to expand.

Aggarwal’s second foray into entrepreneurship is with Ola Electric. He pioneered ride-hailing in India a decade ago, taking on Uber Technologies Inc. and spreading over 200 Indian cities before extending to the United Kingdom, Australia, and New Zealand. In 2021, the ride-hailing firm is scheduled to go public for the first time.

When SoftBank and Tiger invested hundreds of millions in his electric car business, it became a billion-dollar company, or unicorn, two years later.