Cyberpunk 77 is an upcoming live-action game developed by the developers of Witcher 3: Wild Hunt and OnePlus have recently surprised its fans with a Cyberpunk 2077 edition OnePlus 8T. The smartphone is sleet, smart and long-lasting like any other flagship, it looks different but internally, there are almost no radical changes.

Before going deep into the discussion, the Cyberpunk 2077 OnePlus 8T smartphone is unfortunately only available to pre-order in China as of now. The special edition smartphone is priced at CNY 3,999 which is less than USD 600. 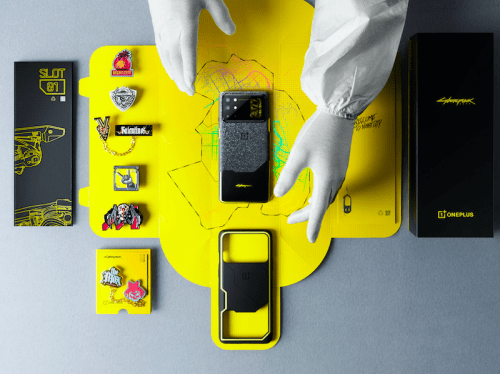 OnePlus has played it smart with this one! There are several cosmetic changes that the company has done on this smartphone to match the theme with the Cyberpunk 2077 game. Visually so, there appear yellow accents all over the phone and a Cyberpunk 2077 logo that is placed middle-low on the back. One thing that takes away all the attention when looking at the phone is the gigantic camera module which covers almost all of the width of the smartphone. A new design, maybe an unwanted one!

The smartphone makers have seriously gone to length with tweaking the smartphone with sly game elements to match the tone. OnePlus has not only made external changes to the smartphone, but there are several other software tweaks as well.  The phone has a new Cyberpunk 2077 wallpaper and two different camera filters that are named after the game elements- “North California” and “Night City”, as per OnePlus official website.

To be honest in my opinion that matches with 90% of OnePlus fans, this phone looks visually aesthetic. The unboxing experience is one of a kind, the box has a sparkly grey texture with OnePlus logo at the top and CyberPunk logo at the bottom, inside there is a yellow packet that includes a user manual and other paperwork. Yellow matches with the theme of the game and the accents on the phone, contrasting to the sparkly dark grey, looks gorgeous. 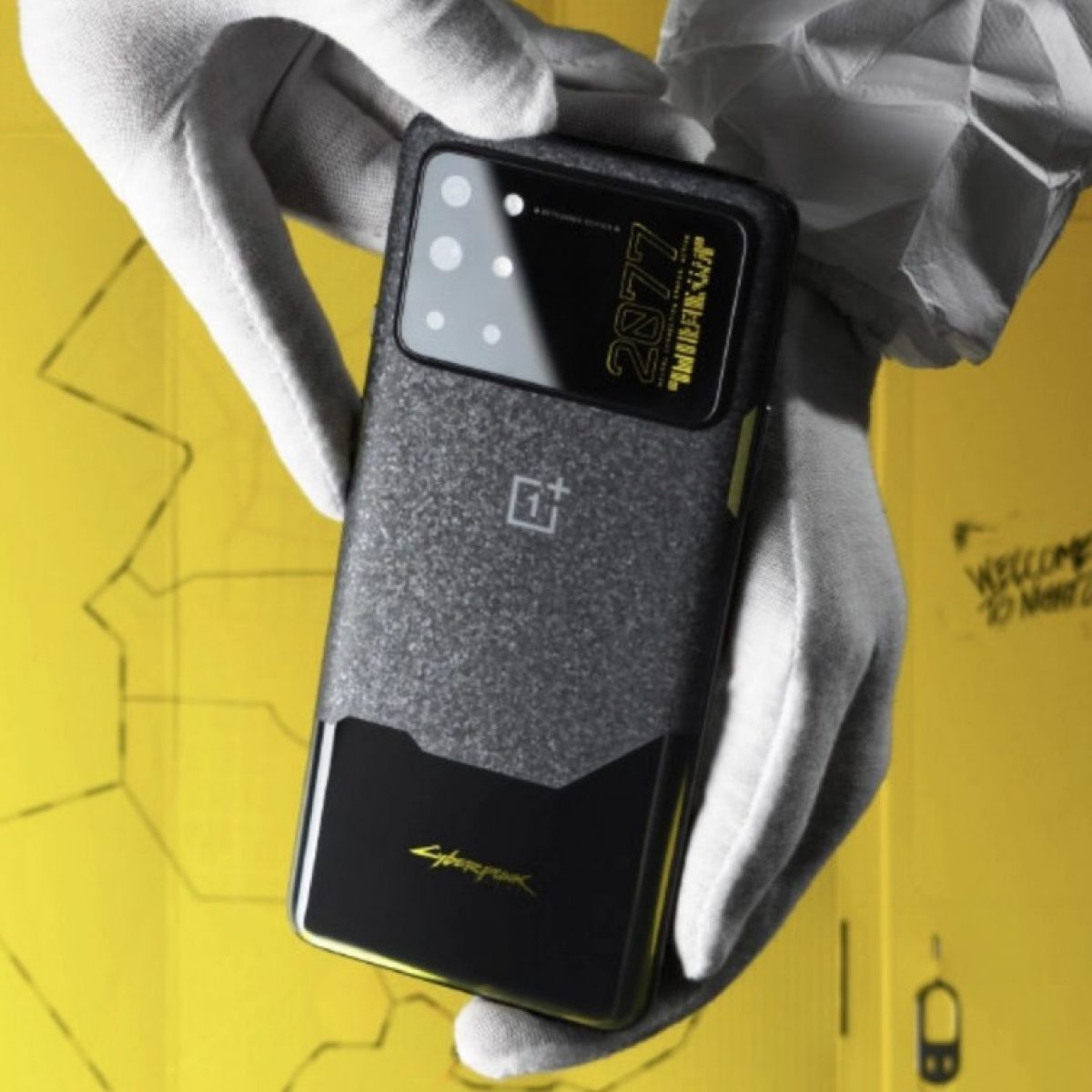 Talking about the specifications of the smartphone that are fairly similar to the regular OnePlus8T which is definitely going to look boring in front of this new Cyberpunk 2077 edition. Specs include a 120Hz display panel, 256GB of internal storage and 12 GB of LPDDR4 RAM. The smartphone is equipped with a powerful Qualcomm Snapdragon 865 chipset and a 4,500mAh battery capacity.

The smartphone is all set to be released on December 10, 2020, but is currently speculated to follow some delay.