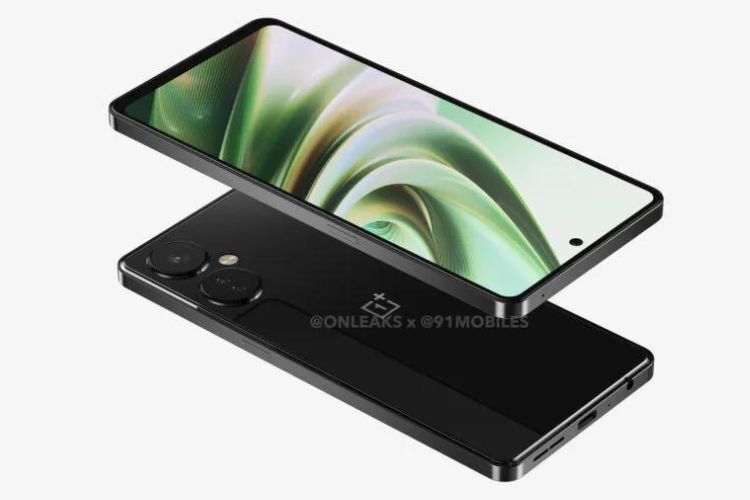 OnePlus, a Chinese smartphone manufacturer has been working hard to bring its new cheap flagship smartphone, the OnePlus Nord CE 3, to market. Concerning the smartphone, we just saw a freshly leaked render appear on the internet, giving us a new idea as to how this smartphone would look in terms of design and specifications.

The leaked design comes from a prominent tipster dubbed 91 Mobiles, and it shows a fresh look for this smartphone. If you’re wondering how genuine these renderings can be, look no further. Then, it’s been widely suspected that these fresh renderings were inspired by the smartphone’s prototype unit, which purports to be close to production.

If you’ve been looking for a new smartphone, especially if you want to get your hands on this OnePlus budget flagship, keep your eyes peeled here:

Concerning the leaked renderings, we can first note the design side of this smartphone, where we can see a flaunting design on the rear side, which has been observed to be mostly inspired by the Oppo’s unibody. This upcoming smartphone will have a flat-screen.

This was on the rear side; if we move on to the front side, the selfie cameras will be positioned within a punch hole on the left side. You will also notice much thinner bezels all around the screen.

Let’s move on to the specifications. This smartphone will have a 6.7-inch screen with an IPS LCD panel inside, which is a significantly larger screen. In addition, this display will accommodate a 120Hz higher refresh rate panel.

On the chipset front, the Snapdragon 695 SoC from Qualcomm will be introduced. This monitor will also come with up to 12GB of RAM and 256GB of inbuilt storage.

On the camera front, this smartphone will have a main 108MP camera on the back, which will be paired with a 2MP depth sensor and a macro sensor. A larger 16MP shooter will be available to take good selfies.