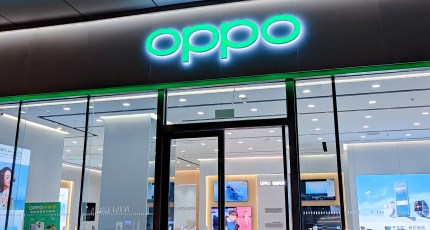 They also allege Oppo made royalty payments that were not added to the transaction value of imported goods, as required by Indian law, it added.

A spokesperson for Oppo, which is owned by China’s BBK Electronics, did not immediately respond to a request for comment.

”This mis-declaration resulted in wrongful availment of ineligible duty exemption benefits by Oppo India amounting to Rs 2,981 crores. Among others, senior management employees and domestic suppliers of Oppo India were questioned, who in their voluntary statements accepted the submission of wrongful description before the Customs Authorities at the time of import,” stated DRI.

After completion of the investigation, a show-cause notice was issued to Oppo India demanding customs duty amounting to Rs. 4,389 crores. The notice also proposes penalties on Oppo India, its employees, and Oppo China, under the provisions of the Customs Act, 1962, stated DRI.

The release further stated that the investigation also revealed that Oppo India had remitted/made provisions for payment of ‘Royalty’ and ‘Licence Fee’ to various multinational companies, including those based in China, instead of the use of proprietary technology/brand/IPR license, etc.

The said ‘Royalty’ and ‘Licence Fees’ paid by Oppo India were not being added to the transaction value of the goods imported by them, in violation of Section 14 of the Customs Act, 1962, read with Rule 10 of the Customs Valuation (Determination of Value of Imported Goods) Rules 2007. The alleged duty evasion by M/s Oppo India on this account is ₹1,408 crores.

A notice “has been issued to Oppo India demanding (the) customs duty”, the government said.

The Revenue Intelligence wing has also proposed penalties on Oppo India, its employees, and Oppo China, the government statement said, without elaborating.

Many Chinese firms have struggled to do business in India after political tension ramped up following a border clash in 2020. India has cited security concerns in banning more than 300 Chinese apps since and toughened rules on Chinese investment.

The federal financial crime agency, the Enforcement Directorate, last week raided 48 locations of Vivo and its related entities, alleging that sale proceeds of Vivo India were transferred out of India to show losses and avoid paying taxes.