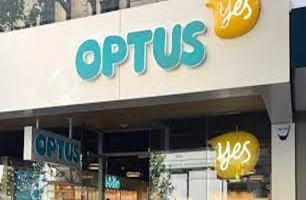 Optus telecommunication, considered to be one of the largest telecommunication services providers in Australia, survived a cyberattack which exposed the data of its customers. Hackers were able to access details like home addresses, driver’s licence and passport numbers. It is not yet known who was behind the attack. The company is probing the attack.

Reportedly, the hackers were able to get their hands on the birth dates and details of contact. Details of the driving licenses of some of the users have been exposed. A few of the user’s passports and mail addresses were also compromised. Optus however said that the data related to passwords and payments have not been touched. The cyber attack has affected close to nine million people according to an estimate by a local newspaper. The claim is yet to be verified by Optus.

Optus is planning to reach out to its affected customers. According to the statement of the company CEO, the company plans to reach out to its most affected customers very soon and apologize for the breach. The CEO, Bayer Rosmarin also said that it has asked all its customers to stay on alert, as a measure of precaution. Optus in a statement has asked users to gather more information about their account and look for any unusual activity including fraud messages, or notifications.

Optus has also notified key financial institutions about this matter. While we are not aware of customers having suffered any harm, we encourage customers to have heightened awareness across their accounts, including looking out for unusual or fraudulent activity and any notifications which seem odd or suspicious,” the Optus statement added.

The telecommunication company Optus got in touch with Australian Federal Police. It is also coordinating with the Australian Cyber Security Center to lower the risk to customers. The company in an official statement also said that it has apprised important Financial institutions of the country about the breach. Further investigators at Optus are also ascertaining the person and the motive behind the Cyberattack.

The attacks have been termed significant by a former Australian cybersecurity expert, Alistair MacGibbon.  He served the Australian government for fifteen years.

Optus founded in the year 1992 is reported to be the largest telecommunication country in Australia serving ten million customers on a daily basis. 98.5 of the