Since its launch in June 2022, the paid version of the social media app Snapchat, known as Snapchat+, has accrued over one million paying customers, the firm said on August 15.

However, this subscriber count does not include India, where the subscription service was launched last week, according to Snapchat parent company Snap Inc. 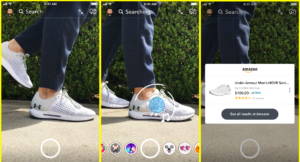 Currently, 25 nations offer Snapchat+, including the US, Canada, UK, France, Germany, Israel, Australia, New Zealand, Saudi Arabia, and the United Arab Emirates. Priority Story Replies (Your replies will be made more visible to well-known creators and verified public figures, which the company calls Snap Stars), Post View Emoji (The ability to choose an emoji you want friends to see after they view your Snaps), new Bitmoji backgrounds, and new custom app icons are just a few of the four additional paid features that Snap announced it will be introducing today.

The launch of Snapchat+ in new markets coincides with the social media company’s efforts to diversify its revenue streams beyond advertising. The recent privacy modifications made by Apple to its iOS operating system, together with the decrease in advertiser spending brought on by the recession, have had a significant negative influence on Snap’s advertising business.

Since Snap achieved its slowest-ever quarterly sales growth as a public business in the quarter ending June 2022, the increasing competition for advertising money is also having an impact on the firm’s revenue growth.

However, the user growth persisted, with the number of daily active users increasing to 347 million, an increase of 54 million or 18% over the previous year.

Snap expressed excitement about the long-term potential of Snapchat+ to provide “compelling experiences for the most enthusiastic members of our community” in a letter to investors in July 2022.