Over 100 Employees Quit Trell in Latest Exodus Lifestyle social commerce platform Trell has seen another wave of employee exodus as it struggles to pay creators in the country.

Trell which is a social media platform for life style and fashion is witnessing yet another mass departure from the company as over 100 workers have decided to leave the company. This is mainly due to the fact that many influencers and content creators making a living on the platform still do not have their dues cleared.

Many content creators have not received the money that their videos and posts made which has caused a lot of turbulence within the company. over the past 8 weeks, the company’s work force fell by at least 100 as employees left the company to show solidarity to the content creators. 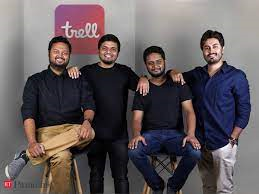 This mass departure comes at a time where forensics team representing EY India is handling a comprehensive probe on the company due to suspicious and alleged illegal third party transactions. The probe is also being conducted as the company has allegedly misreported their finance and numbers for their gain and other financial and business irregularities. According to official sources, the company had around 1,500 employees under their wing at one point.

The Instagram page of Trell was filled with comments from followers and other supporters telling the company to fairly pay their content creators and influencers and told them to clear their pending payments. Many of them even tagged the Instagram handles of the company’s founders. Trell’s admin went on to physically delete each and every comment.

A content creator also accused the company of paying dues to larger influencers in other social media platforms so that they do not speak of Trell in an ill manner while other smaller content creators were just forgotten about.

The company has however denied these accusations.

The company was founded 6 years ago, back in 2016 and blew up 4 years later in 2020 as short form videos such as TikTok started to become the staple of social media. The company’s head office is situated in Bangalore, Karnataka. With over 60 million active monthly users, Trell was looking like a force to be reckoned with, but it seems like their time at the top is going to be short lived unless they can recover from this pit quickly.

In just a year, the company has received investments for around $ 62 million USD from various venture capital firms and is currently valued at around $ 120 million USD.  Only time will tell about the company’s future and we will have to wait to see how they will cope with this controversy.