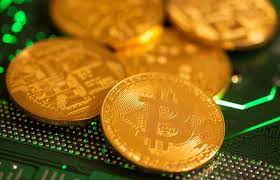 This month, it will cease all Korean-language marketing efforts for its Korean clients on social media sites such as Facebook, Telegram, and Line. From September 14, Bitfront will no longer accept payments made with Korean credit cards or other Korean services.

Binance, the world’s largest cryptocurrency exchange by trading volume, said last week that it will stop supporting Korea as of August 13, including pair trading and payments in the Korean currency. It also stated that it will not use Korean-language communication platforms such as Telegram for its services. 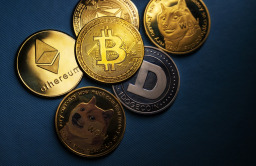 Another foreign crypto exchange, FTX Trading Ltd., announced last Wednesday that it has deleted Korean from its list of available languages for global clients. Koreans have been big users of cryptocurrency exchanges outside of Korea because they can participate in riskier trading than is permitted on domestic platforms. Around 400,000 Koreans had registered as monthly active users with Binance as of the end of June.

Korean financial regulators are expected to strengthen laws to prevent illegal conduct and protect investors in virtual asset trading as a result of the actions by international crypto exchanges to discontinue Korean services.

The New Rules Will Be In Effect On September 25th.

If they wish to keep operating after Sept. 24, virtual asset trading exchanges must be state-certified in terms of risk management and partner with a local bank to assure real-name customer accounts. The new regulations will go into force on September 25.

Crypto exchanges must register with the Korea Financial Intelligence Unit, a government agency tasked with preventing money laundering and terrorism financing, in order to do so.

Any cryptocurrency exchange operator in the country that does not match the rules, according to the Financial Services Commission (FSC), will be considered to be operating unlawfully and might face up to five years in prison or a fine of 50 million won ($43,500). They will, in the worst-case scenario, be shut down totally.

To continue interactions with Korean investors, overseas crypto exchanges that furnish them with won-currency settlements are also subject to the new restrictions.

The Korean government has identified 27 crypto exchanges situated outside of Korea that offer virtual asset trading in Korea and has asked them to take the required steps to continue dealing with Korean consumers by September 24. According to the FSC, none of them has yet received state accreditation to continue providing services to Korean investors.

According to industry figures, South Korea accounts for around 10% of global bitcoin transactions. Because of the enormous volume of trading, cryptocurrencies such as bitcoin are now trading at a substantially higher rate in Korea, known as the Kimchi Premium.

Financial regulators around the world, including those in the United States, the United Kingdom, China, and Japan, have imposed trade limitations on Binance and other global crypto exchanges.