Ozy Media shuts down a week after most people came to know of it.

Ozy Media, the digital media company that has been in the light in recent days, has shut down barely a week after most people came to know of it. The reason behind the same appears to be most of the investors pulling their support from the firm, forcing it to wrap up business in the online journalism sector. 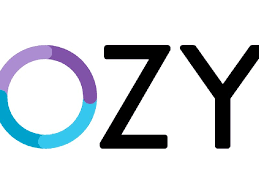 Interestingly, the investors who went away (pun intended) had once been all for seeing (and believing in) the vision of the company’s head and former MSNBC anchor, Carlos Watson. Notably, the aim was to create a multiplatform media firm which had the potential to appeal to a “diverse generation of younger readers,” who are apparently on the lookout for news content that is often not posted by the news industry giants.

Just five days prior to Ozy Media announcing its demise, the New York Times had raised questions about the company’s business ethics in a report. The publication had detailed how a top exec at Ozy had apparently impersonated a YouTube boss during a conference with bankers from Goldman Sachs back in February, when the company was seeking to raise some $40 million.

Nevertheless, the company didn’t forget to give credit to its staff in its final post on Friday, thanking them for being “dedicated” and being “world-class journalists.” The news surprised quite a few people, who had, up till now, been wondering how the company was managing to operate. The secret had been in none other than founder Mr. Watson himself, who had always dreamed of having a talk show of his own, despite his career as an investment banker.

A Story Fit for a Movie

Watson had collaborated with Samir Rao, both of them being former employees at Goldman Sachs, debuting their company in 2013 after raising around $80 million. The Oxy exec (who Watson claimed was Rao) who had posed as a YouTube executive in February had apparently told potential investors that Oxy was doing really well on the platform, causing YouTube’s security team to launch a probe into the matter.

The FBI was soon alerted, leading to Goldman Sachs being approached with an enquiry. News soon made its way to the New York Times, leading to investors like Emerson Collective distancing themselves from the firm altogether (and later claiming that they had been left “troubled” by the allegations against Ozy).

What followed was a blur as Ozy’s board hired a law firm to look into the matter, causing one Mr. Lasry to resign from his post as the board’s chairperson.

Former BBC anchor Katty Kay, who had joined Ozy this year, also resigned from her post following the allegations, with claims from certain other stars of the firm having misled them. The final straw was advertisers like Facebook, Walmart, and Chevrolet, also cancelling their deals with Ozy Media, ultimately resulting in it closing up shop.