Paraguay makes the move! Approves crypto bill, supported by most of the deputies in the Chamber. 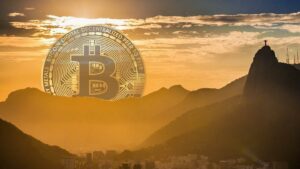 We all have studied that, El Salvador, many latin American and Central African Republic approved bitcoin as legal tender, many other nations around the world are hurrying to catch up the implementation of the regulation for this unique class of assets. Countries specifically from Latin America, are focusing more on having cryptocurrencies as their fiat currencies, and are consistently constructing legal framework to achieve the same.

Paraguay – the new entrant in accepting crypto as a legal tender.

Owning for its low electricity rates and crypto-friendly environment, Paraguay has been viewed as a haven for crypto mining and other crypto related operations by many investors and crypto experts. There has been some kind of resistance from the country’s central bank, but the Chamber of deputies are in full support to adopt cryptocurrency in the country.

Let’s see what Carlitos Rejala has to say about a bill which was passed.

“A revolutionary step for bitcoin in Paraguay. The second Chamber of Congress just went on to approve the bill which had information about creation of a legal framework for bitcoin mining. 100% Hydroelectric renewable power.”

In a specially conducted session, the deputies from the Chamber voted in support of a new bill by a margin of 40 to 12. The bill was initially filed by Paraguayan Senate in July, last year, aiming to regulate the commercial activities involving digital assets. The activities such as licensing and overseeing cryptocurrency mining firms operating within nation. The legislation proposed here, doesn’t promise to make cryptocurrency a legal tender in the state.

The vision set out by the deputies of the Chamber for introducing this bill is to make Paraguay an international hub for mining of cryptocurrencies like bitcoins. The biggest advantage that Paraguay has in its advantage is the low electricity rates, at 5 cents per kilowatt/hour, which happens to be the lowest in the entire Latin America. Individual and corporate miners will be obliged to apply for a license and obtain authorization for industrial electricity consumption if the legislation becomes law.

The growth of cryptocurrency across the globe is truly amazing. The reach, the interest, the trust among various governments and the investors is worth noticing. Paraguay, also has set its path in taking cryptocurrency to the next level and has envisioned to become a mining hub for cryptocurrencies. Also, interestingly, half of fintech companies in Paraguay have enabled digital payments and innovative financial services for businesses and consumers in 2020.