Parking solutions platform Park+ to raise $25 million  The funds contributed by the capital investors will be used by the company to expand its business operation.

According to Ministry of Corporate Affairs filings on Friday, Park+ which is a startup based on parking solutions had passed a resolution to raise over $16 million in a Series C round directed by Eqip Capital II.

The investors Eqip Capital is planning to invest Rs 98.12 crore which is about $12.5 million while another capital investor will join the round contributing Rs 16.35 crore each which is about $2.01 million including Matrix Partners and Sequoia Capital India.

The funds contributed by the capital investors will be used by the company to expand its business operation. 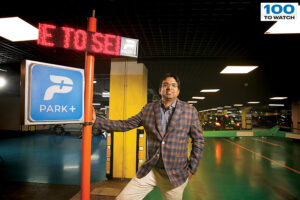 Not long ago the parking solution company Park+ partnered with Moving which is a provider of battery-swapping services. It also aims to set up across Delhi NCR, Mumbai, and Bengaluru over 2000 swapping stations.

In November, the company raised in a Series B round about $25 million which was co-led by Sequoia Capital India, Matrix Partners India, and Eqip Capital. The participation of many investors like AdvantEdge, Fund II, and Motherson Lease Solution was also seen in the Series B round valuing Park+ at roughly $160 million.

Earlier in November during the Series B round, the company said that it plans to improve the use cases of the app and also intends to develop its footprint in 3 months across 25 cities.

“Post covid, there is a strong shift away from public transport and shared mobility, with a growing preference for personal vehicles. Park+ is committed to revolutionizing how car-related services are offered and managed in India. The continued trust of our investors will help us strengthen our expansion plans, hire and to deploy skilled operational teams, and build strong offerings on top of our existing services, providing a 360-degree experience for car owners across the country,” said Amit Lakhotia, founder and chief executive officer (CEO), Park+.

“Park+ has quietly built a dominant position in the parking, FASTag, and access control market and is now launching various services and subscriptions for their user base. The company is focused on improving a user’s everyday car experience by leveraging automation in areas that were so far manual and tedious,” said Shailendra Singh, managing director, of Sequoia India.

Park+ was founded by Amit Lakhotia in July 2019. Amit Lakhotia is also the Chief Executive Officer of Park+. It offers cloud-based and smart automated parking techniques for B2B (business-to-business) associations and daily commuters.

The company reported for FY21 a widened loss of Rs 24.05 crore and a revenue of Rs 9.74 crore. This year the company also installed EV chargers over 1,000. It had allocated over 20 lakh FASTags and has partnered with over 1,500 parking lots.