PayPal putting together a crypto team in Ireland.

PayPal, the global payments company, is hiring for many cryptocurrency-related posts at its Ireland headquarters, highlighting the business’s ambitions in the fast-rising digital asset sector. 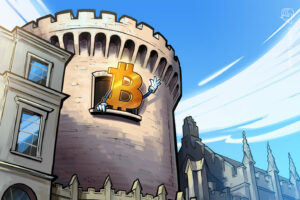 PayPal is looking to fill several crypto-focused posts in compliance, anti-money laundering, and business development for its Dublin and Dundalk operations, according to the Dublin-based Irish Independent.

According to The Independent, the recruiting will include positions in PayPal’s blockchain, crypto, and digital currency business area. When PayPal announced the business unit’s establishment in March, CEO Dan Schulman told the publication Decrypt: “There are numerous opportunities for us to contribute to the development of the next generation of infrastructure. That is the purpose of this business unit.”

PayPal created a specific crypto and blockchain business section earlier this year to help with the company’s entry into cryptocurrencies, which began in October 2020 with the purchase of Bitcoin (BTC), Ether (ETH), Bitcoin Cash (BCH), and Litecoin (LTC) by US consumers (LTC). In March of this year, the company expanded its offering, allowing US clients to use their digital asset holdings to pay for goods and services. Two months later, PayPal announced that customers would be allowed to withdraw cryptocurrency to third-party wallets.

PayPal users will be able to transmit their cryptocurrencies to other wallets rather than storing them on PayPal or selling them for withdrawal in fiat currency, according to a recent announcement. Neither Reuters nor PayPal have provided an ETA for the bitcoin withdrawal feature. If the initial rollout of third-party wallets follows the same pattern as PayPal’s decision to allow bitcoin purchases last fall, it will be sluggish and location-based.

PayPal’s CEO, Dan Schulman, revealed in April that the company’s crypto business had exceeded all expectations in its first six months. The rapid adoption of digital assets such as Bitcoin and Ether was accompanied by a massive price surge, bringing the total value of the cryptocurrency market to almost $2.6 trillion. After a substantial fall between May and July, crypto markets appear to have found a bottom and are now moving higher.

Schulman stated on PayPal’s quarterly results call last week that the company’s crypto trading business would be arriving in the UK in the near future. Upgrades to allow for faster payment processing are also in the works, according to him.

PayPal users will be able to transmit their cryptocurrencies to other wallets rather than storing them on PayPal or selling them for withdrawal in fiat currency, according to a recent announcement. Neither Reuters nor PayPal have stated when the cryptocurrency withdrawal feature will be available. If the initial deployment of third-party wallets is anything like PayPal’s decision to allow bitcoin purchases last fall, it will be slow and location-based.

Also, read: Bitcoin supply shock could trigger the next bull-run