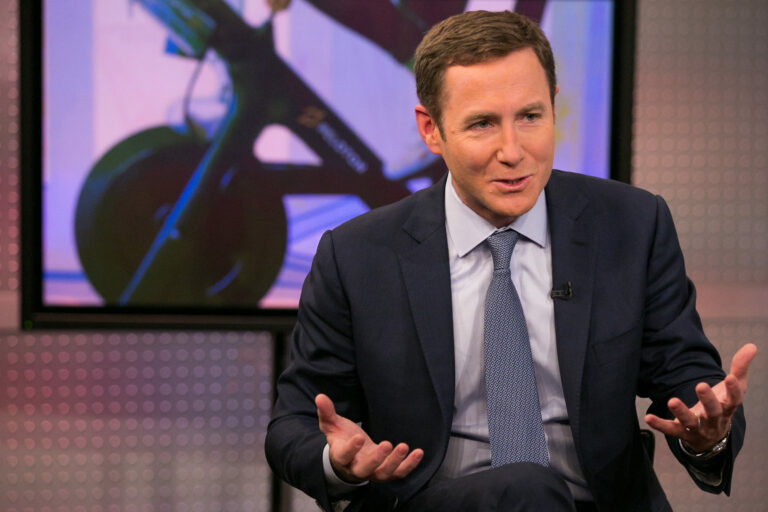 Peleton shares plunge, After Peloton pushes back at production Shares are down 32% for the year. Peloton (PTON) reports earnings on February 8.

Peloton CEO John Foley acknowledged Thursday that the company is “considering all options”. That includes layoffs and production curbs — after a report that the fitness firm has stopped manufacturing its bikes and treadmills sent shares crashing.

Peloton plans to pause Bike production for two months, from February to March, the documents show. It already halted production of its more expensive Bike+ in December and will do so until June. It won’t manufacture its Tread treadmill machine for six weeks, beginning next month. And it doesn’t anticipate producing any Tread+ machines in fiscal 2022, according to the documents. Peloton had previously halted Tread+ production after a safety recall last year.

“We now need to evaluate our organization structure and size of our team,” CEO John Foley said. “And we are still in the process of considering all options … to make our business more flexible.”

Peloton is reeling from a slowdown triggered by consumers emerging from pandemic lockdowns and returning to traditional gyms. It had been a Wall Street darling when customers were stuck at home and demand outstripped supply.

Now the company is considering jobs cuts to get itself back on track, Foley said.

Referring to reports that Peloton had temporarily shut down production, Foley said that leaks of confidential information “have led to a flurry of speculative articles in the press. The information the media has obtained is incomplete, out of context, and not reflective of Peloton’s strategy.”

He said the company had identified a leaker and was “moving forward with the appropriate legal action.”

Peloton also released a preliminary report of $1.14 billion in sales during the fiscal second quarter, which ended on Dec. 31. Analysts had estimated $1.16 billion. The company ended the period with 2.77 million connected fitness subscribers, just below the 2.81 million prediction.

Peloton’s Bike retails for $1,495. The news outlet says Peloton had already paused production on its other products, including the Bike+ and its treadmills.

Peloton saw massive success during the early days of the pandemic as many people were forced to exercise at home.

Beginning Jan. 31, Peloton will begin charging $250 to deliver and set up its original Bike. The fee was previously included in the price of the Bike.

The firm was hit last year after the death of a child in a treadmill accident led to a recall and government safety investigation. It also cut prices as people started to return to pre-pandemic exercise habits.

In November, it told investors it had experienced “softer than anticipated” sales and was lowering its expectations for the year.

The news sent the price of Peloton shares below $29, which is below what they fetched when the loss-making firm floated on the stock market in 2019. The value of the shares are down roughly 80% over the last 12 months.

At the time, analysts said it was not clear how big the market for Peloton machines was given their cost. The firm also makes money from people who subscribe for classes via its app.