Peloton tries to cover rust on bikes and sell it Peloton sold customers rusted, corroded bikes and attempted to hide it

Peloton’s stock value was visibly dropping, and they had reportedly let go of 20% of their workforce. Along with it, they had replaced their Chief Executive Officer and seen a drop in demand for its products. To add to all of this pressure, Peloton have landed themselves in another controversy.They attempted to hide rust on their exercise bikes and went ahead to sell them off to customers. 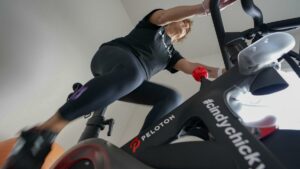 The company, which makes exercise equipments, and its executives apparently tried to conceal corrosion on their exercise bikes. They reportedly covered up rust on hidden parts on spin bikes, and successfully sold them to customers. They posed these bikes as “new” and sold them for more than $2,000. The plan carried out was referred to as “Project Tinman,” and was carried out by making use of some chemical solution. This solution was called the “rust converter,” which is generally used to cover corrosion. In this case, the corrosion was causing the paint to flake away in a batch of bikes that came from a Taiwan supplier.

Some current and former employees of the company clarified that this project was an attempt to avoid another expensive recall. Previously, Peloton was involved in issues regarding its treadmills. A child of 6 had died and was pulled from under the Tread+ treadmill. Another recall included a treadmill having a faulty screen.

Certain documents revealed that the project became “standard operating procedure” to conceal rust on the bikes. The workers in Peloton warehouses received the instruction to determine whether a bike was sellable or not based on its rust and corrosion. Due to its subjective nature, many bikes were sold off taking some of the wrong judgements into account.

Peloton informed Financial times: “There was no direction by Peloton to reclassify or deem this inventory unsaleable and it is against Peloton’s policy and practices for Peloton to put in the market unsaleable inventory. If anyone did so, they were acting against the company’s policies and practices.”

The company came up with the term “cosmetic oxidation” to pose it as a feature in front of the customers. They assured that it would have no effect on the performance of the bike and would perform the same functions as any other spin bike. Apparently, more than 6,000 of these bikes were affected and checked by staffers, out of which many were sold. However, Peloton claimed that none of the customers who received such a product, had complained about the bikes yet.