According to recent reports, Pentagon has ordered the review of U.S. psyops on social media. Read the entire article to learn more about this interesting piece of news.

As per the reports, Pentagon has ordered a strict review of U.S psyops after Twitter and Facebook accused them of them having a chain of fake accounts to persuade people. A defense official by the name of Colin Kahl told all the officials who were involved in psychological operations online to submit a full report to him regarding their activities by the end of this month. This is the consequence of the White House and several federal agencies expressing their concern over the defense departments’ possible attempt to influence the people of other countries through their content. They have been a lot of accounts that have been removed by both Facebook and Twitter as they were fake accounts created in the United States. Air Force Brig. Gen. Patrick Ryder, the Pentagon press secretary, said in a statement that the military’s information operations “support our national security priorities” and must be conducted in compliance with relevant laws and policies. “We are committed to enforcing those safeguards,” he said.“Our adversaries are absolutely operating in the information domain,” said a second senior defense official. “There are some who think we shouldn’t do anything clandestine in that space. Ceding an entire domain to an adversary would be unwise. But we need stronger policy guardrails.”

Pentagon is the headquarters for the US defense department. Its construction was completed in the year 1943 and at that time, it was extremely popular as it was one of the largest work buildings of its time. Therefore, it received a lot of appreciation and envy from other countries. During the time of the world war, this building was about to be converted into a hospital. Since there were a lot of casualties, a thing which happens in every war, it made sense to turn the place into a hospital. But that did not happen as the U.S. started having a cold war, so such measures were not taken. The Pentagon is still one of the largest work buildings in the world. It has been made out of concrete and steel thousands of years ago and still looks gorgeous. The building is not just for work. It has eateries, that is, it has two amazing cafes along with a snack bar. 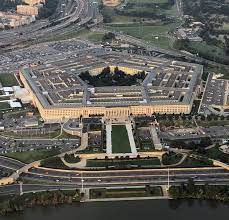