Pinoys Stun Public with Toys Made up of Recycled Materials 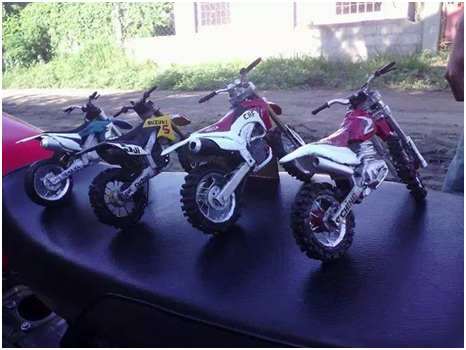 In the world of business, one must learn how to continuously innovate. This is primarily because people’s needs and buying patterns change from time to time and so, as creators, one has to be able to match this

we are to look at great examples, those who stay on top of the chain are the ones who never stop innovating when it comes to the products they could offer to their consumers. One perfect example is Apple. From the time it revolutionized mobile phone technology in 2007, it never stopped unleashing its powerful products to cater to the needs of the tech-savvy consumers. 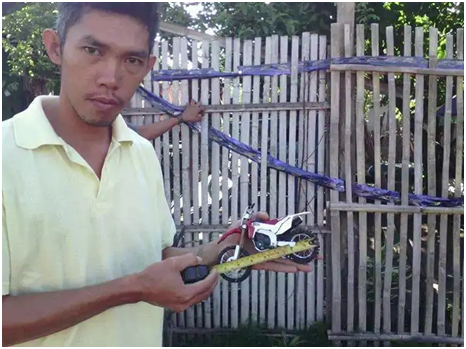 This man probably knows how things work in the competitive world of business and innovations. You can take his story as an inspiration. Using recycled materials such as plywood, rubber, wood, nails, and wheels from broken toy trucks and headphones, the guy assembled toy bikes, loaders, road graders, trailers, and bulldozers.

Passers-by take the time to stop and snap pictures of the toys, even play with them. Another example of talented Pinoy is a Grade 9 student from Lipa City, who makes perfectly crafted toys from recycled materials. John Paul Valencia, a 9th-grade student of Lodlod National High School makes unique toys from used materials, which one might think made by a professional toy maker. 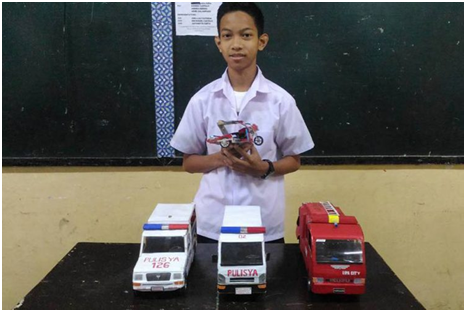 In an interview with ABS-CBN News, Rodel Maralit, teacher of John Paul Valencia, shared that Valencia sometimes absents his classes, because apparently, he makes use of this time to explore his “hidden talent”.

At first, John Paul Valencia only wanted to make toys so that he could have something to display at their house, but eventually, it gained the attention of his classmates and teachers

John Paul Valencia noted that coming up with his impressive masterpieces involves a lot of work, of which one is conceptualization. “Pinipicturan ko ko ,” he added. John Paul Valencia makes toys out of used cardboard and some recycled materials such as wheels from an old toy car which he got from his cousin.

One of the favorite toys of the Grade 9 student is a police vehicle. He added that he would like to become a police officer someday. At his young age, his father had noticed potentials in the child in making and crafting such toys. He even sells his masterpieces in exchange for money and uses it for his everyday allowance

As of today, he is continuously making toys. There are some who have purchased from the brilliant toymaker and put it as a display in their houses