Pinterest creates buzz making to the trending list on Twitter after the social media platform becomes the first to ban weight-loss ads. The platform carried out this milestone move with due guidance from the National Eating Disorders Association. From now on, Pinterest will remove all ads related to weight loss, and body mass index thus helping to inculcate a positive body image among the people. 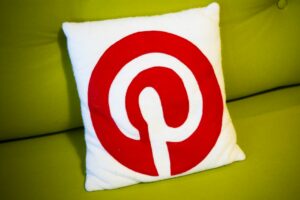 The First Step To Change

The groundbreaking move by Pinterest can be counted as a significant step towards the horizon of change. A change wherein the conventional ideas about body image are shattered creating a space that can accommodate wider perspectives and views. Although other social media platforms like Facebook and Instagram had reduced the weight-loss ads to a considerable extent, the record for being the first to completely do away with them rests with Pinterest. Pinterest is well known for its sensitive moves and actions that are quite endearing to the users creating a sense of safety and acceptance in their minds. One such notable move was when it enabled to set pronouns according to the user preference underscoring the fact that the world is a better place when differences are accepted and acknowledged. And more importantly when people are given a chance to choose what they think suits them best.

Body image has been a major factor that enhances and degrades self-esteem and confidence among people. More often than not the set ideals about a conventional and acceptable body image create a sense of insufficiency among those who do not fit into these rigid ideas. It can have a very adverse impact on mental health which can even lead to eating disorders like anorexia and so on. Thus it becomes all the more important to reinforce the fact that what matters is a healthy body and not an ideal body created by unrealistic perceptions. And Pinterest has been successful in establishing that through its commendable move. Content related to a healthy diet and related ones will still be available on the platform which in fact is important to make a distinction between the two. This step can also be seen as the increasing acceptance of diversities and differences. Because every small step taken matters in the long run.

Ever since the news began making its rounds, Twitter has been filled with posts about Pinterest with a good majority applauding the platform for its brilliant step. While there was also a good share of posts with people just taking a walk through their boards on Pinterest. The point to be noted here is that Pinterest has made it to the trending list and for a very good reason.

Pinterest has its problems but they’re apparently banning weight loss ads on their platform and that’s worth celebrating!!! 🥳 pic.twitter.com/W6kF2iIU0A

Pinterest is banning all weight loss ad on their app! Love it pic.twitter.com/XuNJIesFKH

Pinterest is removing all weight loss ads, yet another reason why it’s the best app. pic.twitter.com/zjJXvSrfyN

PINTEREST IS BANNING WEIGHT LOSS STUFF AND THAT POSSIBLY INCLUDES THINSPO???? brb taking screenshots for the rest of the night