A YouTuber decided to do his best to reduce the PS5 footprint, dubbed this the console’s first Slim model. Now, though, an enterprising YouTuber has taken on the task of reducing the PlayStation 5, creating the world’s first slim PS5 console that is under 2cm thick. 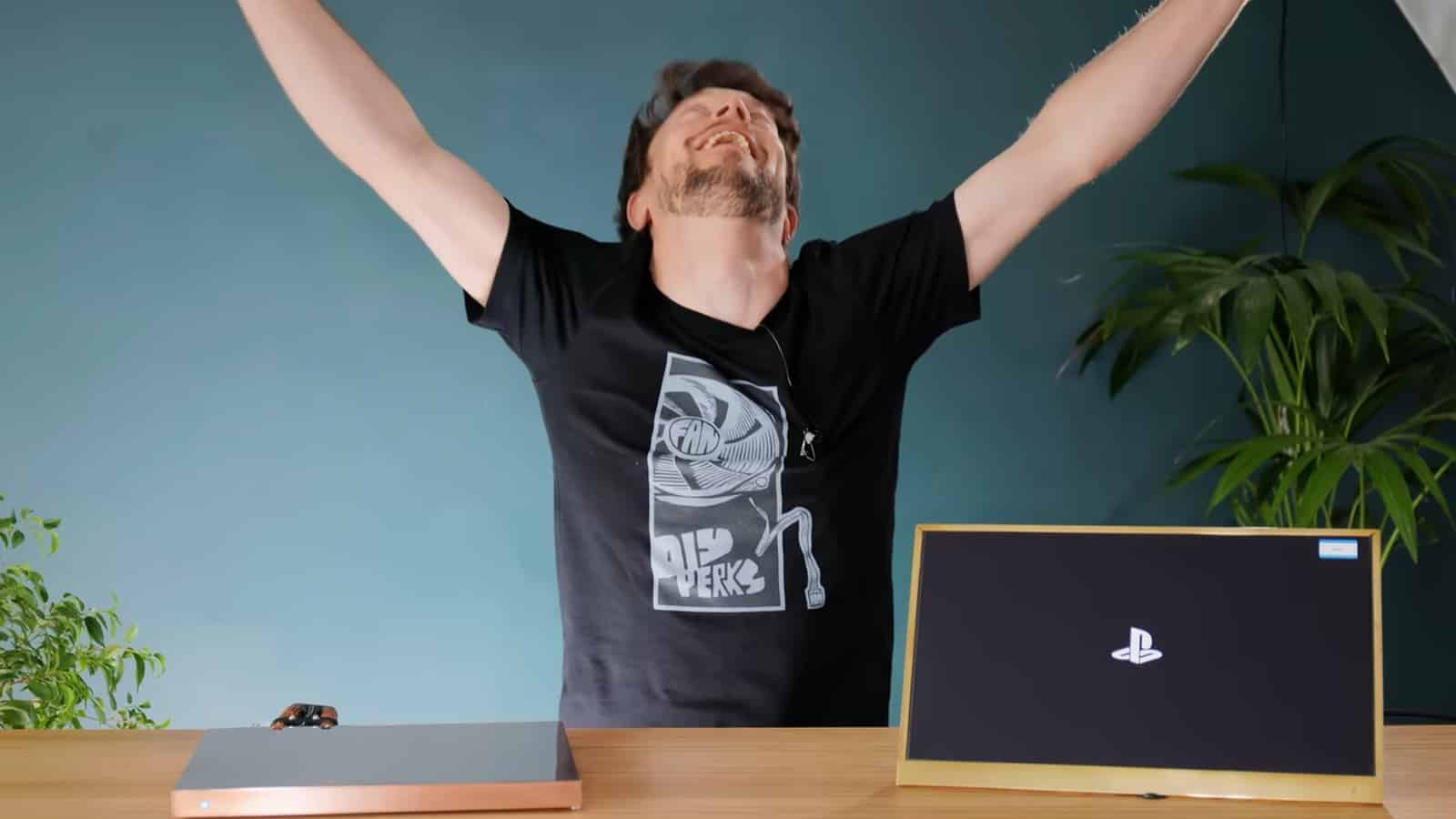 It is difficult to know how long the world’s first PS5 Slim will last, but as a proof-of-concept, it is an impressively nice piece of kit. When (and if) PlayStation builds itself an actual, official PS5 Slim, we will be curious to see if it takes any cues from this quirky experiment. Sony has not announced the PS5 Slim just yet, but Sony probably going to introduce a slimmer version of the PS5 at some point in the future. Sony usually follows its PlayStation consoles up with a slimmer version several years later, but that time has yet to arrive with PS5. Historically, Sony has always ended up developing a slimmer version of their consoles midway through the relevant hardware generations.

UK YouTuber DIY Perks wanted to keep his PS5s Slim as slim as possible, so he had to build a whole water-cooling system in order to accommodate his new external PSU. A full water-cooling system is not likely to ever be put on the unit, but the DIY Perks experience shows it definitely has potential. One way that YouTube channel DIY Perks managed to slim the PS5 down was to swap out its cooling radiator for a custom water block made from copper, along with a water-channeling system.

While DIY Perks disassembled real-life PS5 hardware for its project and would have fit into its Slim PS5 with ease, the cooling system ended up being an unexpectedly complicated affair. On top of this, the DIY Perks also ran into various issues getting the entire core of a PS5 in such a tiny case, and on condition, the supplied PS5 points are guaranteed to work, the technique is not an endeavor for the faint of heart.

This trimmed-down PS5 will certainly save you some space, but unless you are extremely knowledgeable about the inner workings of Sony’s latest console, you should probably wait for Sony to design an official Slim variant instead of creating your own DIY version. As a master builder pointed out, the PS5 is still Sony’s largest console, so a slimmed-down version would have been attractive, but with no official slimmed-down option out there, Matt did a little building of his own. After going through the building process, the master-builder actually managed to squeeze a PS5 into a spectacularly tiny form factor, turning the console into something much smaller. The PlayStation 5s supply issues are certain to continue, so a slim PS5 is not something that is coming for a couple more years.