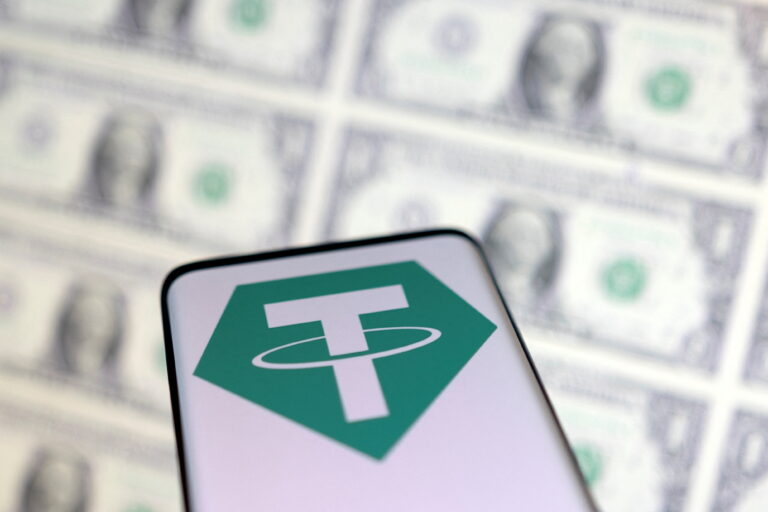 Smartphone with Tether logo is placed on displayed U.S. dollars in this illustration taken, May 12, 2022. REUTERS/Dado Ruvic/Illustration
Home
Crypto

The largest stablecoin by market cap, USDT, has been facing a lot of pressure to disclose details about the reserves backing the stablecoin. The situation is so bad that investors are choosing USDC over USDT. So, Tether plans to undertake a full audit from a top accounting firm to increase transparency. They are currently working with MHA, a Cayman-based accounting firm, for the same. Now you might ask, why not the big 4? The CTO cleared that they might steer away from full audits until the rules are more precise.

The stablecoin has seen a continuous slump in market cap after the crash of UST. While there were rumors that it was because USDT got depegged, the company says that it was due to redemptions. There was a momentary drop to 95 cents, but the company has paid $1 to everyone redeeming their stablecoin. So, the CTO, Ardoino, says practically the peg never broke.

The company’s CTO also added that they were put under a stress test, and they passed with flying colors. After the UST crash and the falling markets, they had billions of dollars in withdrawal requests, and they were able to fulfill them within minutes. USDT lost around $11 billion of market cap as this happened.

The crash of the third-largest stablecoin, UST, has instilled fear and paranoia among investors. It’s natural they want to know if the same is going to happen with USDT or some other stablecoin. So, the demand the Tether to become more transparent with its reserves is obvious. In fact, USDT’s reputation has never been good, and there are a lot of theories that the company is making money off thin air. So, Tether’s decision to undertake a full audit from a top accounting firm is much appreciated.

A while back, New york city also released guidelines on dollar-backed stablecoins that made audits compulsory for the stablecoin reserves. Even though Tether didn’t have to follow that guideline, this is a step in the right direction.

Till now, there have been very few details about the reserves. The company’s CTO reported that Tether had reduced its commercial paper holdings from $40 billion to $15 billion in 8 months. They have also transferred some reserves into securities whose maturity is due in 3 months.

What are your thoughts as Tether plans to undertake a full audit from a top accounting firm? And do you think everything will stand out? Let us know in the comments below. Also, if you found our content informative, do like and share it with your friends.