Most powerful women in Indian Business !

Here’s a list of some of the most powerful women in Indian Business.

Kiran Mazumdar-Shaw (born 23 March 1953) is an Indian entrepreneur. She is the chairman and managing director of Biocon Limited, a biotechnology company based in Bangalore (Bengaluru), India and the current chairperson of IIM-Bangalore. In 2014, she was awarded the Othmer Gold Medal, for outstanding contributions to the progress of science and chemistry. She is on the Financial Times’ top 50 women in business list. As of 2014, she is listed as the 92nd most powerful woman in the world by Forbes. 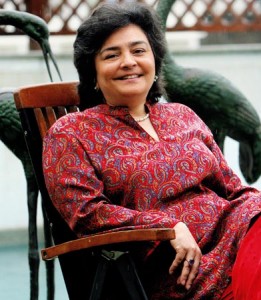 Zia Mody (born 19 July 1956) is an Indian legal consultant and a member of the Bahá’í Faith in India. She is considered an authority on corporate merger and acquisition law, securities law, private equity and project finance. 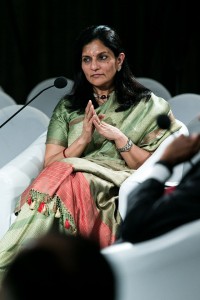 Preetha Reddy, managing director of Apollo Hospitals (Chennai), is the largest healthcare conglomerates of India, is one of the pioneer businesswomen of India in the segment of healthcare industry. In September 2012, she was elected to the board as independent director of medical technology company Medtronic. 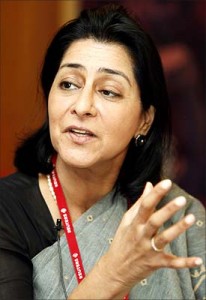 Naina Lal Kidwai, a chartered accountant by profession, is an Indian banker and business executive. She is currently heading HSBC’s entire Indian operations, which include banking, insurance, asset management, securities, BPO, etc. Kidwai was also the first woman president of industry lobby group FICCI till December 2013. She also holds a Bachelors degree in Economics from University of Delhi and an MBA from Harvard Business School in 1982.Kidwai was the first Indian woman to graduate from Harvard Business School and also the first woman to guide the functioning of a foreign bank in India. She has also completed her Bachelors of Arts in the year 1977. 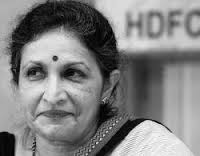 Under her leadership, the company reported a net profit of Rs 5,440 crore in FY14, up 12 per cent from the previous year. She is also among the highest paid women heads of a company with a compensation of Rs 7.16 crore during FY14.

Mallika Srinivasan  is a thought leader and a strategist, recognized for entrepreneurship, commitment to excellence and contribution to Indian agriculture machinery business and academia. She is the Chairman and Chief Executive Officer of TAFE – Tractors and Farm Equipment Limited, a US $1.6 billion tractor major incorporated in 1960 at Chennai, India. TAFE is today, the third largest tractor manufacturer in the world and the second largest in India, by volumes, with presence in over 82 countries, including developed countries in Europe and the Americas. 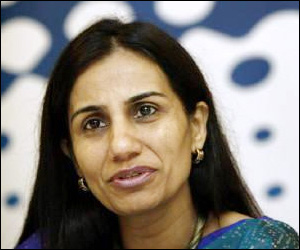 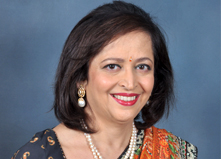 Swati Piramal is one of India’s leading scientists and industrialists, and is involved in healthcare, focusing on public health and innovation. Her contributions in innovations in new medicines and public health services have touched thousands of lives. She is the Vice Chairperson of Piramal Enterprises Ltd (formerly known as Piramal Healthcare), a leading drug discovery company which aims to bring affordable medicines to reduce the burden of disease globally. 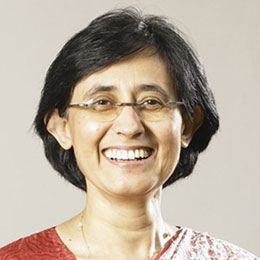 Ms. Vinita Bali, B.A. (Economics), MBA served as Chief Executive Officer of Britannia Industries Limited from January 3, 2005 to March 31, 2014 and its Managing Director from May 31, 2006 to March 31, 2014. Ms. Bali served as a Manager of Britannia Industries Ltd. since January 24, 2005.She holds an B.A. degree in Economics from Delhi University and an MBA from Jamnalal Bajaj Institute of Management Studies of Bombay University. She has a postgraduate studies in Business and Economics from Michigan State University. 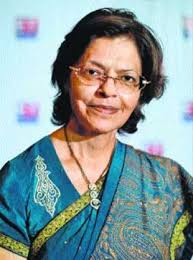 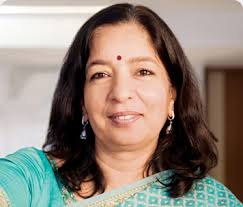 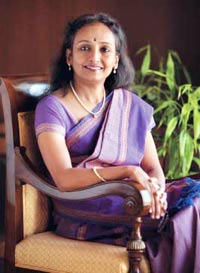 Renuka Ramnath is one of the most experienced private equity fund managers in India with a full cycle track record of investing capital raised from Institutions of global repute. She played a pivotal role in shaping the Indian private equity market both in terms of leading pioneering investments as well as opening new pockets of capital for investment into India. For close to three decades in financial services, Renuka successfully built several businesses in the ICICI Group including Investment Banking, e-commerce and private equity. As the MD & CEO of ICICI Venture for close to a decade, she led that firm to become one of the largest private equity funds in India. 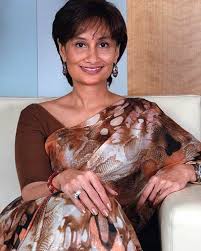 Shobhana Bhartia (born 1957) is the Chairperson and Editorial Director of the Hindustan Times Group, one of India’s newspaper and media houses, which she inherited from her father. She has also recently taken charge as the Pro Chancellor of Birla Institute of Technology and Science, Pilani (founded by her grandfather) and is the current chairperson of Endeavor India. Closely associated with the Congress party, Shobhana served as a nominated member of the Rajya Sabha, the upper chamber of the Indian parliament from 2006 to 2012. Her name is sometimes written Shobhana Bharatiya or Bhartiya, but the preferred spelling is Bhartia.