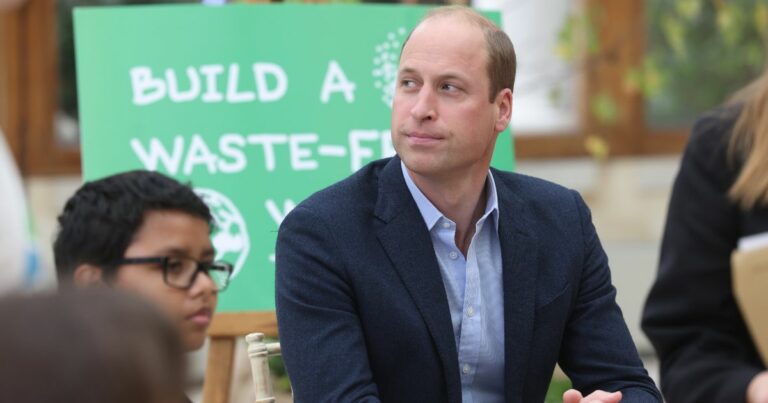 Prince William expresses his displeasure at the new age space race and demands to put an end to the same.

British Royalty and future king, Prince William expresses his displeasure and disappointment at the new-age space race, making an impassioned plea to put an end to this quest while the planet is on the verge of a catastrophe. In an impassioned plea to Bezos and Musk, Prince William implores the world’s richest men to channel their energy towards building our planet that is being ravaged by climate change. It is a well-known fact that the Tesla and SpaceX CEO and the Blue Origin CEO have been quite fiery in their space battle with the aim of commercializing space travel. However, it seems like not everybody is mighty impressed with this big move. For there is a planet in need of attention and the clock is ticking.

The Crisis At Hand

The rivalry between Bezos and Musk is an old story. And their competition to touch the finish line in the space race has turned many heads as well. However, the Duke of Cambridge is of the opinion that at the time of a crisis it is crucial for people with the responsibility to come together and effect change. However, the space race has turned these two people against each other who could have blended their efforts and resources to bring forth a change. Given the fact that both Bezos and Musk are well equipped when it comes to intellect and resources, their responsibility becomes all the more prominent. Because as Ben Parker said to Peter, “With great power comes great responsibility.” According to Prince William,

“We need some of the world’s greatest brains and minds fixed on trying to repair this planet, not trying to find the next place to go and live.”

The Duke of Cambridge has been focused on environmental work for quite some time now and he actively encourages those working towards this end. According to him, he is trying to use his “little bit of influence” to bring a change. He created the Earthshot Prize in order to encourage those working towards repairing the planet and making it a better place to live for the present and future generations. Prince William, the father of three, stresses the need for making this planet liveable for future generations and emphasizes the responsibility we have towards posterity. His plea is a reminder to the present generation that we are not owners of this planet, but rather tenants who have to pass it on to the next generation without robbing it off of its resources.

The latest individual to make his voyage to space was the Hollywood actor, William Shatner. Shatner is known for playing the character of Captain James T Kirk in the Star Trek films and series. The mission was financed by Blue Origin CEO, Jeff Bezos. Prince William’s comments slamming the space race comes right after this.

With the climate crisis looming large over our heads, its effects already felt in different places, the whole aspect of a safe future becomes a huge question mark. There is no more time to wait for the ornamental words to manifest into actions because as of now, we are on the snooze button to disaster. Hence, Prince William’s words hold a lot of weight. It cannot be denied that Bezos and Musk have all the right to use their wealth in the way they deem right. However, being individuals with monumental influence and power puts them in a place of social responsibility. However, the choice still exists and it is up to them to decide whether to revel in the ten minutes of happiness at making it to the edge of space while the planet we call home is pushed to the edge.