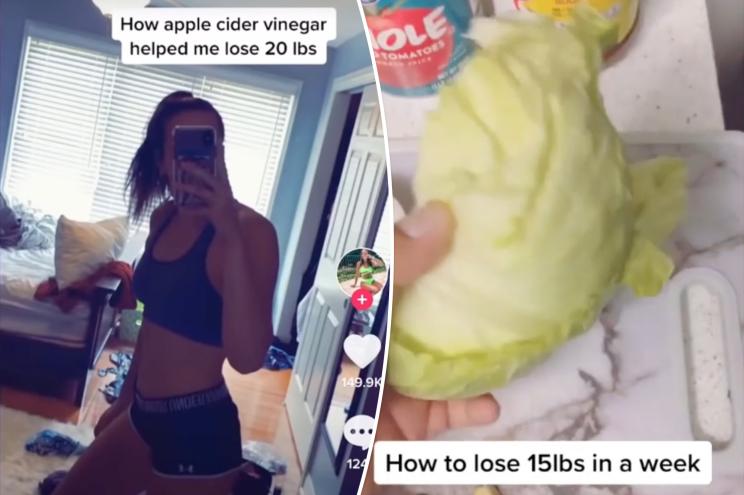 The world struggles for proper weight. As society defines the body as a structure that must be slim and fit, most overweight people find it difficult to face the world.

While some have accepted them the way they are, others criticise them and go to any level to decrease a pound or two.

These innocent people get easily targeted by social media and its influence. Many influencers with half knowledge about health science create weight loss videos for petty likes and views.

The journal researched 1,000 TikToks from 10 popular nutrition, food, and weight-related hashtags, then conducted a theme analysis of the 100 most-viewed videos. The result was heartbreaking.

Almost every video is made either by western women, teenagers, and adults. The experts concluded that this kind of content “may contribute to disordered eating behaviors and body dissatisfaction in the young people that are TikTok’s predominant users.”

“Each day, millions of teens and young adults are being fed content on TikTok that paints a very unrealistic and inaccurate picture of food, nutrition, and health,” said senior researcher Lizzy Pope.

Tiktok is a popular bit-sized video hosting service that has various types of video categories. As it is bit sized so the video duration is from 15 sec to ten minutes. It doesn’t support more than that. TikTok is owned by a Chinese Company named ByteDance. It was the 3rd fastest growing company in 2020. It even surpassed Google in terms of most popular websites in 2021, as per Cloudflare reports.

The young generation in today’s world is finding a way to master everything with little effort and a short time. This was provided by Tiktok. It easily became a kind of weapon.

As we all are constantly finding hacks for everything, we opt to go for a 15 seconds video rather than a 15 minutes video. While everybody craves popularity and fame,  Tiktok influencers tried to do the same. They hit the platform with something that is a concern for many – A healthy body. They tend to make videos about food, diets, and beauty without having proper knowledge or ideas.

In the swirl of making a video and posting it, they often forget about their viewers that are following them. Many researchers have found out that trying 5-minute hacks on their bodies has only cost them long life health issues. This has made Tiktok a toxic place that only promotes toxic diet culture but also spreads fake news and misinformation.

Tiktok was banned in India by the Indian Government. The action came after, as the government says, “to protect data and privacy of its 1.3 billion citizens” which also endangered national security issues. The Indian Government also banned 58 other apps created by China in 2020.

The ban was held because of a military clash between Indian and Chinese troops in the disputed territory along their shared border between Ladakh and Western China. The ban was particularly held to stop the technology which was stealing and secretly transmitting users’ data.

However, Tiktok is not just to blame as Instagram is playing the same role. Social media is a good platform to learn but if used otherwise, it may lead to life-threatening traumas and scars. Whatever your body structure might be, loving yourself is all you’ll need!