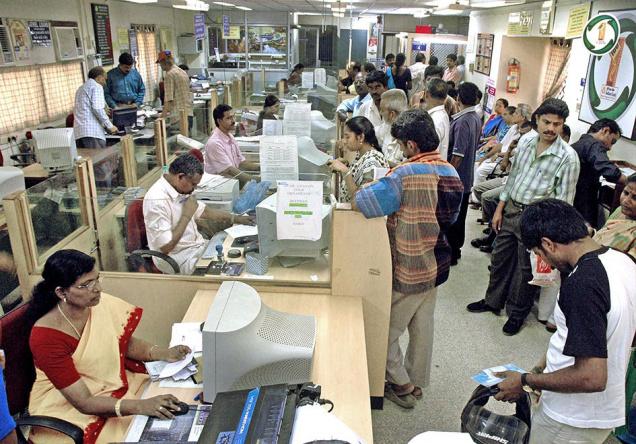 New Delhi, Jun 15(PTI): In a first for state-owned banks, candidates from private sector banks have been shortlisted for interviews, for the post of CEO and MD at five large banks, beginning today.

As many as 26 candidates, including executives from private sector banks, are to appear for the interviews on June 15 and 16, sources said.

Among the candidates, about 7 are existing executive directors at various public sector banks.

This is the first time when executives from private sector banks would be part of the selection process for top jobs in public sector banks including PNB, BOB and Canara Bank.

Each candidate will have to go through three sub-committees or screening committees of two members each.

Members of the screening committees are Department of Financial Services Secretary, Additional Secretary and a RBI Deputy Governor.

The final selection of candidates would be made by the appointment board chaired by the RBI Governor.

The department of financial services had sought applications for the post for MD and CEO in Punjab National Bank, Bank of Baroda, Bank of India, Canara Bank and IDBI Bank for a fixed term of three years.

However, the Department did not find adequate number of candidates as per the eligibility criteria. So, it relaxed the norms in April.

While the age limit was increased from 55 to 57 years, earlier, the mandatory board-level experience for the applicants were reduced to one year from three years previously to invite more experienced talent for heading large public sector banks.

Apart from the banking sector, after the new government assumed power at the Centre last year, the Coal Ministry had invited applications from the private sector for the post of CMD in Coal India. But it got no application from private sector executives.

Besides, vacancy in the Indian Bank has come up due to movement of its MD and CEO as vigilance commissioner. In addition, to this CEO post is vacant in Andhra Bank.