Ray Of Hope For Crypto-Enthusiasts In India: Bitcoin May Classify As An Asset Class With the Surprising move of the Salvadoran President, the Indian Government seems to have a change of heart towards the virtual currency 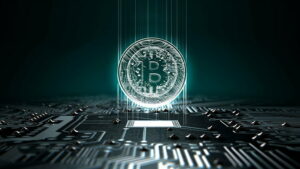 El Salvador became the first country to classify Bitcoin as a legal tender on Wednesday with majority votes from the Congress Government. With this historical step by the El Salvador Congress, It seems that the Indian Government has had a change of heart towards the cryptocurrency in India.

According to a report by The New Indian Express, one of their top sources from the industry shared the insight that the Indian Government is most likely to adopt Bitcoin as an asset class in near future. The industry sources also said that the Securities and Exchange Board of India will take hold of the regulations for the currency in India and the deep study of the matter is going on internally by an expert panel. It is expected that a Cryptocurrency Regulation Bill will be introduced in parliament soon.

Notably, More than 7 million Indians have been investing in the digital currency market despite the volatility of the market price of the cryptocurrency in India. Approximately $1billion is the total investment by the Indians in the digital currency market. For all these crypto-supporters, the news of classifying bitcoin as an asset class in India came as a ray of hope.

Looking at the frequent shifts in the market value of the cryptocurrency, It is not possible to consider the currency as a replacement or alternative of the current currency in India. Moreover, India also has better alternatives for digital transactions such as UPI. There are many such concerns, which need to be considered while planning to adopt bitcoin as an asset class in India.

Now, all eyes are on the Indian government to see how they will come up with the best step forward while considering cryptocurrencies and blockchain technologies.