Reliance Acquires Host of Consumer Goods Companies for $6.5 Billion Reliance is in final stages of negotiations with around 30 popular niche local consumer brands to fully acquire them or form joint venture partnerships for sales

Reliance Industries is India’s largest and one of the world’s largest, most successful and famous conglomerates. Along with Tata, the two companies have been locking horns for years now to take the title of the largest conglomerate in India. Under Reliance Industries, there are a whole host of subsidiaries that are at the peak of their respective fields. Some of these include Reliance Jio (a telecom company), JioSaavn (a music streaming app), Reliance Retail, Mumbai Indians (IPL team) and so much more. 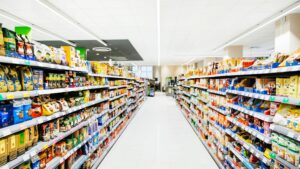 After conquering many industries and disciplines, Reliance has dived in to the fast-moving consumer goods category as they plan to own multiple groceries, household items and other consumer goods companies added in to their portfolio and have partnerships and deals with smaller sole proprietorship and other larger retail chains to get their products to Indian based consumers of all walks of life.

The Indian retail market is currently closing in on a total worth of one billion USD as they recently crossed a net worth of $900 billion USD. Currently, the conglomerate is almost done with closing up deals with about 30 different niche consumer product companies as some of them will be acquired on its whole, while some companies will have part of their stock owned by Reliance Jio. Some companies will even pen down a joint venture will Reliance as the conglomerate is leaving no stones unturned and exploring all avenues to be the largest player in this new category.

Other companies in this industry other than Unilever include Nestle, PepsiCo, Coca Cola which have all been massive player in the Indian consumer goods industry for well over 10 years now.

The exact numbers of the deal have not been released by the conglomerate or any party yet, but some sources close to the company have said that the company will be looking to hit $ 6.5 billion USD in annual sales within the next half a decade.

Everything Reliance touches turns to gold right now and many experts and consumers already feel like this deal is set to be a slum dunk but only time will tell.