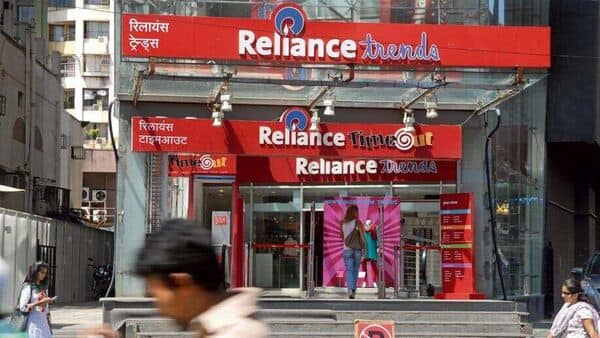 Reliance Industries (RIL) shares were trading almost a percent higher in early trade on Wednesday as investors cheered positive developments including Jio’s prepayment of all deferred liabilities and growth in its subscriber base.

Billionaire Mukesh Ambani’s Reliance Industries Ltd. is buying an Indian robotics startup as the conglomerate scales up automation across its businesses, from e-commerce to new energy. Reliance paid $132 million for a majority stake in Addverb Technologies Pvt, which uses robots to make e-commerce warehouses and energy production more efficient, Sangeet Kumar, the startup’s co-founder and chief executive officer, said in a phone interview on Tuesday.

Addverb Technologies co-founder and CEO Sangeet Kumar told PTI that the company will continue to operate independently and will use the funds received from Reliance to expand business overseas as well as set up one of the biggest robotic manufacturing facilities in Noida.

“The company is valued at $270 million posts this transaction,” Sangeet Kumar, co-founder, and CEO, Addverb Technologies told ET. The cofounders together hold around 24-25% stake in the company after this deal. The remaining stake is held by the early backers including Dani of Asian Paints.

“In the next 5-6 years, we want to be a billion-dollar company in revenue. We do everything in India- design, manufacture and deliver across the world,” Kumar said.

A few of Reliance’s recent acquisitions and investments include:

In November 2021, it acquired a 100 % stake in the retail lingerie businesses under the ‘Amante’ umbrella brand from MAS Brands— a wholly-owned subsidiary of MAS Holdings, Sri Lanka.

In September last year, it took significant control of Just Dial Limited by acquiring a 40.98% stake in the company.

Other recent tech-based startups acquisitions by RIL include pharmacy startup Netmeds, online furniture startup Urban Ladder and Zivame among others.

Five-year-old Addverb, based in the Noida suburb of New Delhi, designs and makes software and installs robotic systems. That makes it one of a limited number of companies in the world to work in every aspect of robotics, from hardware and software to deployment.

The company already has a manufacturing plant in Noida where it produces around 10,000 robots per annum.