Meta, Facebook’s parent company revealed on February 7th that Facebook’s billionaire investor, Peter Thiel would be retiring. He was one of the earliest investors on board, since 2005, a year after Facebook was launched.

This marks as a vital and significant change in the structure of the organisation, for Thiel was one of the most controversial investors on board.

A republican through and through, he was one of the few outspoken and significant Donald Trump supporters in the business world, based in Silicon Valley. He was popular for being a conservative supporter and one of the key advisers to Facebook founder and Meta CEO, Mark Zuckerberg on issues concerning politics and administration.

Furthering his agenda and ideals, Thiel has made the decision in hope of spending time aiding elect political candidates whom he trusts will feed the agenda of former President Donald Trump in the US midterms.

Not only is he the co-founder of Paypal, the online payments systems, but he also held a 10% stake and a position at the board of directors in Facebook. Currently, he is director  of Meta till he finally retires.

Thiel stated on a Meta press release, “It has been a privilege to work with one of the great entrepreneurs of our time (Mark Zuckerberg),” Zuckerberg further commented “Peter has been a valuable member of our board and I’m deeply grateful for everything he has done for our company.” 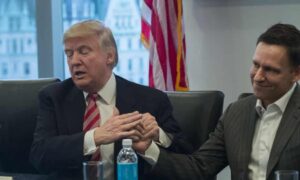 It was rumoured that Peter Thiel was at rivalry with Netflix CEO, Reed Hastings, who was a former board member at Meta. He believed that Thiel showcased unimpressive judgement for publicly supporting Trump.

However, Facebook’s former public policy director and one of its first Republican employees, Katie Habbath assured that although it was a distraction, Thiel never formerly involved politics with meta business.

The announcement of Thiel’s retirement coincided with the occurrence of the drastic fall of Meta’s shares. This was owed to the concern of recent privacy changes to products from Apple, which resulted in making it challenging for advertisers to see how advertisements functioned on Facebook.

Many suspected that the two events were somewhat connected, but Peter Thiel did not pay heed to requests asking for further comments on the matter.

Further on, Thiel aims to politically aid and help significant republican figures such as Blake Masters and bestselling memoir author, J.D. Vance, along with a Republican Senate candidate in Ohio.

After Thiel’s formal retirement following the annual shareholder’s meeting, it will be left for speculation as to how his departure will affect the company’s political dynamics and who will fill in Thiel’s shoes in the board.