Retail Start-up, Arzooo Receives $70M in Latest Round of Funding Arzooo will use the funds to scale its technological might focused on scaling stores’ growth end to end and market expansion for the platform.

Business 2 business retail tech platform known as Arzoo just came out to announce that the company has received investments amounting to $ 70 million USD in their latest round of funding. This was a round B of investments and it was primarily contributed by SBI Investment and Japan and Trifecta Leaders Fund. The creator of American food delivery app, Deliveroo, Mr. Tony Xu also contributed in investing in the start-up company. This marked his maiden funding in an Indian based start-up company. 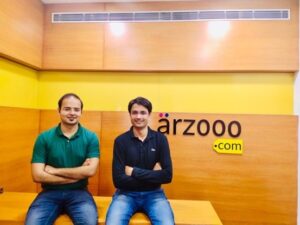 Many other companies that previously funded the company such as 3 Lines VC and a few others also continued to support the company and chipped in this latest round. The creator of Zoom which has blown up over the past 2 to 3 years also took part in the previous round of funding.

The company’s spokes people went on to say that the funds will be firstly used to scale up the business and also improve on their technology. They also plan to put a strong foot down in to the consumer electronics industry in the country which is currently valued at around $ 65 billion USD. The company is already present all over the nation but will be looking to increase their footing in the country.

Arzooo is a platform that connects consumers and offline retailers. According to them, their Go Store has a much more wider range of products than other e-commerce retailers in the country such as Myntra, Ajio, and Flipkart by at least five times. The company has well over 25,000 retail stores under their wing and will be looking to increase that number quickly. In fact, the people that established this start-up company worked at Flipkart previously which is where they met.

The start-up company was created 4 years ago back in 2018 and its head office is naturally situated in Bangalore.