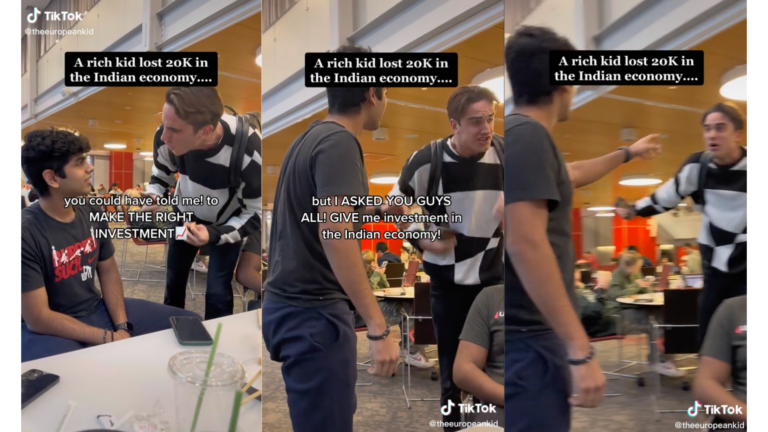 Rich kid blames an Indian for losing money in their economy

Investing is a sensitive subject, and when you take other people’s advice and do it, there is always the chance of things going wrong, and you blame them. That’s why it’s recommended to do your own research before putting money somewhere. Take this rich kid, for example, where he blames an Indian for investing in the Indian economy and losing money. 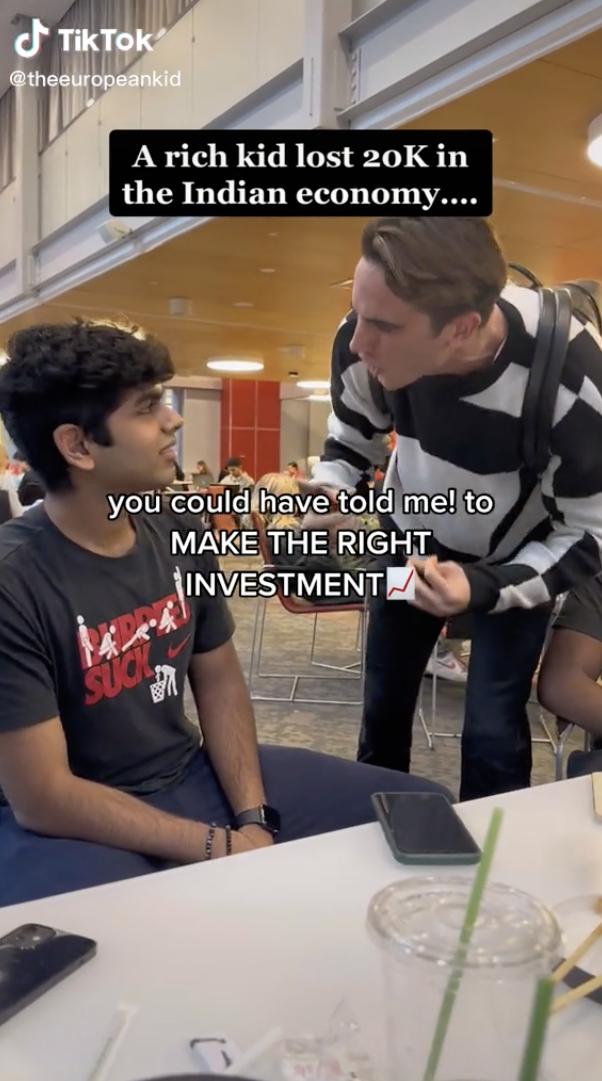 The guy charges at the kid and his friends, shouting and saying, “When you told me to invest in the Indian economy, I had faith in you. You could have told me to make the right investments.”

At this point, the Indian guy couldn’t take it anymore. And said that it was the rich kid’s decision to put his money wherever he deemed fit.

When the kid keeps yelling, the Indian guy also looks at his friend and says in Hindi, “yeh chu**ya ho gaya hain kya,” in English, that would mean, “has he gone mad?”

However, all this didn’t matter, and the yelling didn’t stop, and the only constant fretting was that the Indian guys told him to invest in their economy. 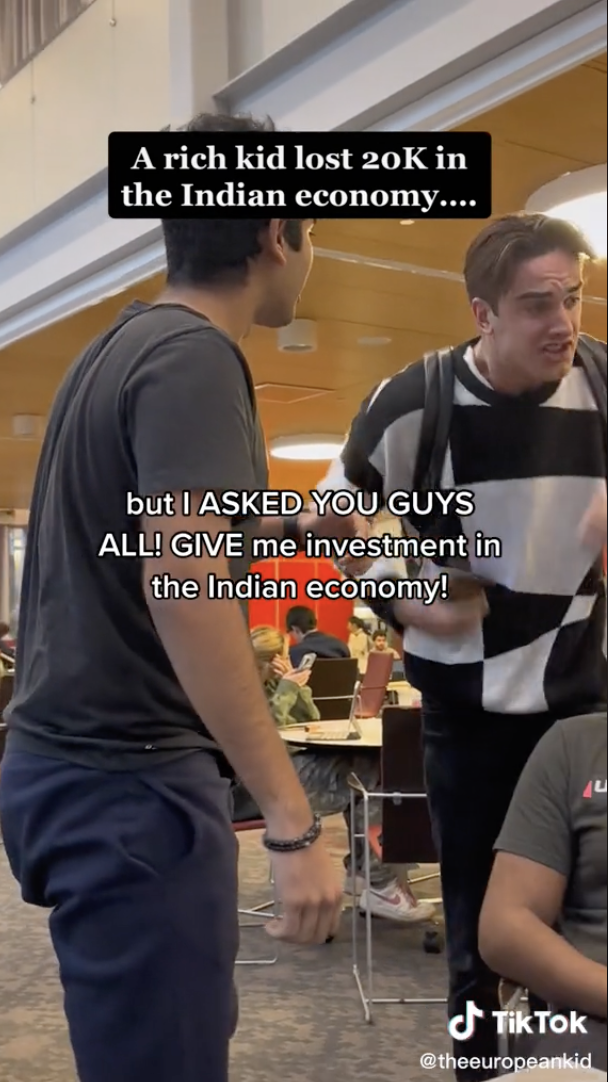 Most comments on the video were making fun of the rich kid, and the top comment read, “how is he shouting but is still quiet?” Ain’t that what we all were thinking? I sure was.

Another viewer wrote, “What is he studying? Business? study hard and make your own decisions.” In real life, no matter what anyone asks or tells you to do, once you do it, you gotta take responsibility for the same.

And even after taking a major loss, this kid didn’t do his research. If he did, he would know that Tata is a good stock and that the prices will eventually go up again once the economy is in better shape (not financial advice).

What are your thoughts as the rich kid blames an Indian guy for losing money over their economy? And do you think it makes even 1% sense to do this? Let us know in the comment below. And, if you found our content informative, share it with your family and friends.