Jed McCaleb is almost out of his XRP holdings 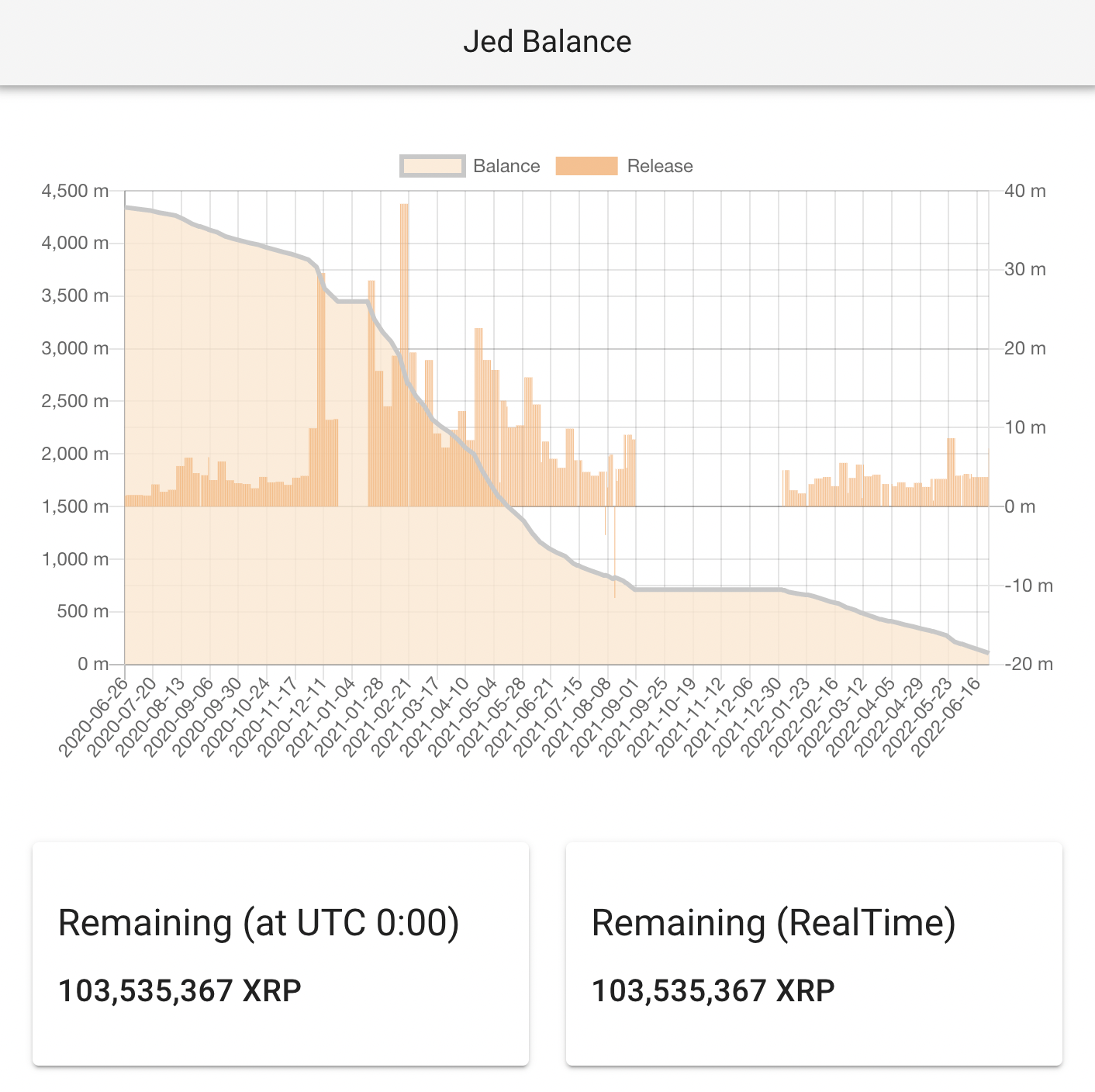 Jed currently has been dumping 4 million XRP tokens on average, and with that speed, he would have sold the remaining tokens in 23 days. Here’s a site that has been designed specially to track his holdings and activity. The 1-month average selling of Jed is 3,989,780 XRP, while the 3-month average is a little lower at 3,573,326 XRP. It also shows that recently he has sped up dumping his XRP tokens.

Jed McCaleb is from the United States and is a well-known programmer, philanthropist, and entrepreneur. He is the CTO and a co-founder of Stellar. McCaleb also established Ripple along with other co-founders, where he worked as the CTO until 2013. Jed is also credited with founding the Mt. Gox bitcoin exchange, the eDonkey and Overnet peer-to-peer networks, and the eDonkey2000 software.

According to a January 2018 claim, McCaleb had Ripple tokens valued at $20 billion, which would have put him in the 40th position on Forbes’ list of the world’s richest people.

It is based on a distributed open-source protocol. With no chargebacks, Ripple claims to offer “secure, fast, and almost free worldwide financial transactions of any size”. The ledger makes use of the XRP coin, which is used for blockchain transactions.

The U.S. Securities and Exchange Commission (SEC) filed a lawsuit against Ripple Labs and two of its executives in December 2020 for selling XRP coins, which the SEC deemed to be unregistered securities. However, now it looks like the lawsuit is turning out to be in XRP’s favor.

What are your thoughts as Ripple co-founder Jed McCaleb is almost out of his 8 billion XRP holdings? Let us know in the comments below. Also, if you found our content informative, do like and share it with your friends.