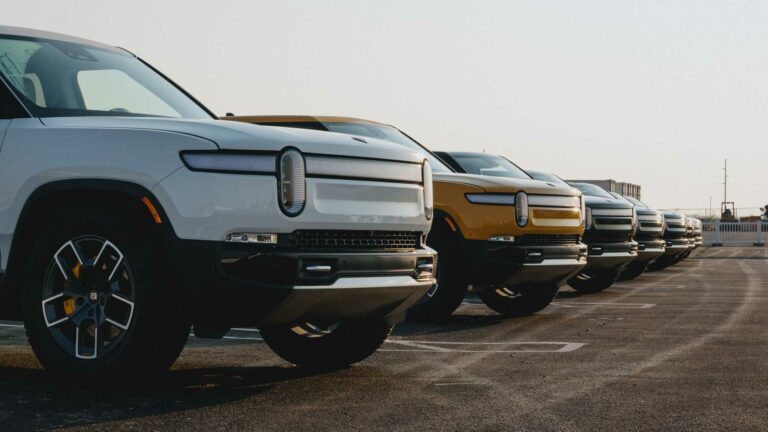 Rivian announces the number of vehicles that were delivered in 2021. Showing that they were able to produce 1,015 vehicles since its first delivery in September including both employee and non-employee sales. Another news by Rivian this month is that the COO left the company in December.

Rivian shares closed 5.6% lower Monday to $81.44; shares fell another 3.3% in aftermarket trading. Rivian has more than 71,000 pre-orders of R1T pickup trucks. Yet there are only very few trucks out in the market since it started its deliveries. Automakers are struggling to keep up with the semiconductor chip shortage and other supply chain constraints.  Rivian announced that it had struggles with production and had initially targeted production of 1,200 vehicles by the end of the year. However, the CEO RJ Scaringe shared that they expect to fall short by a hundred vehicles as there are battery challenges and other semi-conductor shortages. The Rivian announcement shows the below values,

In December Scaringe talked about shortage two times, saying “In ramping up a production system like this, it is, as I said before, a really complex orchestra. So you have hundreds of suppliers providing thousands of parts, thousands of robots within the production facility operating to prescribe movements, and then thousands of team members assembling and working to put the vehicles together.”

He said in December, “The battery constraint is really an artifact of just bringing up a highly automated line. And as I said, that doesn’t represent any long-term challenges for us. We have a second line that’s coming on that will put the battery module production way out in front in terms of the capacity of the other areas of the plant.”