Rivian’s Illinois factory has a second fire breakout within five months, with the first breakout in October 2021. The fire was small and easy to control, the fire department was called to inspect and find whether there is a presence of any potential threats. The fire department confirmed that the building’s sprinkler system was working and it prevented from the fire spreading around to other vehicles. 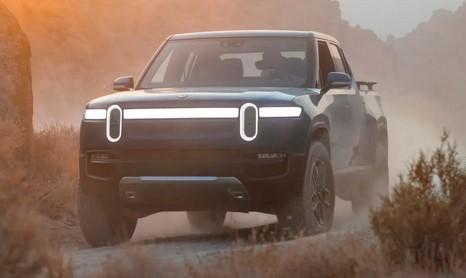 Around 9 pm on February 4th, a vehicle on the assembly line caught fire while it was on a lift, which forced the evacuation of the facility. When the firefighters arrived, they confirmed that the building’s sprinkler system was functioning, which prevented the fire from spreading to other vehicles on the line or to the building itself.

After putting out the fire with their hoses, the firefighters used their equipment to ventilate the smoke out of the facility. Fortunately, everyone was able to exit the factory safely and no injuries have been reported. In addition, the only damages that occurred were to the one vehicle that was burning, with no property damages being signaled.

According to the local fire department, there was a fire at the Illinois factory back in October. The report by Rivian said, “The Rivian Automotive Assembly Plant in Normal, Illinois, was evacuated for a short time as a precaution following a small fire which ignited in an automated battery assembly area. Damage was negligible and no one was injured. Normal firefighters responded to the report of a fire in the battery assembly area just after 5:00 p.m.”

They didn’t elaborate on the cause of the fire other than saying that it originated in a battery “submodule”. There’s no data that shows that electric car fires are more frequent than gasoline-powered car fires, which happen every day. However, electric car fires have received a lot of attention because it’s a new technology and some fires have been linked to battery defects.

This event is not the first of its kind, however, since a battery had caught fire inside of an automated battery sub-assembly area back in October, also with minimal damages. The cause of the fire is currently under investigation and it is determined that this was not due to this particular battery being damaged during the assembly process.  But instead because of a defect causing Rivian vehicles to be more prone to accidental fires. Then a recall will have to be issued for the units that have begun reaching customers shortly before the end of 2021. This is only a concern and a possibility so far, there are not many details about the cause of the fire.