As per the article from bitcoin.com, researchers in Moscow are working on the inheritance of crypto assets new service that will allow users to pass digital data, including crypto keys, to their heirs. Other private data, such as a record of where critical items are, will be able to be saved and relayed via the Russian “time capsule.” 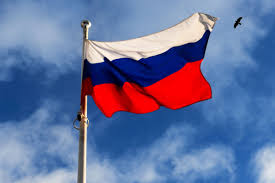 Crypto investors will be able to secure the future of their coins thanks to a service provided by Russian universities.

According to project manager Dmitry Izvekov, “the united team is presently constructing a website via which users will be able to store valuable information, encrypted and ready to be transferred to the possession of selected persons.” This is only possible if specific requirements are met.

According to the report, [the service] will allow you to securely store digital data and assets ranging from social network passwords to bitcoin wallet keys.

Subscribers will be able to store images, text files, video messages, and even location information for important goods that can be passed on to heirs in the event of an untimely death, for example. A user must send a link to a specific recipient, who must then register their own account, in order to gain access to the item. Only at a set future date will the time capsule be opened.

Sbercloud, a cloud service established by Sberbank, one of Russia’s largest banks, will hold the encrypted data, which will be backed up on Dropbox and other platforms. Each user will be able to send up to two capsules for free. The creators intend to raise up to 3 million rubles ($40,000) to fund the initiative, monetise the service as soon as it becomes popular, and add new features.

According to a survey done last year by the Cremation Institute in the United States, 89 percent of crypto investors are concerned about what will happen to their possessions when they die, as reported by the Russian business news portal RBC. Despite concerns that the coins could be lost indefinitely, only 23% of cryptocurrency owners have a plan in place for their digital assets once they die.