FTX and its history. 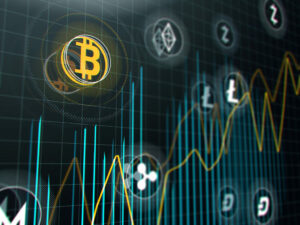 Sam Bankman-Fried and Gary Wang established FTX in 2019. The company was founded in Antigua and Barbuda, with its headquarters in The Bahamas. FTX also happens to be one of the top-rated crypto exchanges across the world for functioning and organizing the crypto trade in a smooth and efficient manner. The average daily trading volume of FTX adds up to $10 Billion as of July 2021, and has over a million users and investors. FTX also has a subsidiary called FTX.us which is exclusively available for the residents of US, considering the highest number of investors and user are widespread in US.

Sam Bankman-Fried, primarily a founder of a crypto exchange, happens to be one of the richest people in the crypto market. All his wealth has been acquired primarily through crypto and secondary firm Alameda Research trading Firm. The FTX crypto exchange and its US operations under the guidance of Sam, hit a whopping $40 billion mark in January 2022. He also appeared in Time’s 100 most influential peoples list recently.

Sam Bankman-Friend in the Time’s list for 100 most influential persons.

In the Time’s most influential men, Sam Bankman-Fried featured alongside Tim Cook, CEO of Apple and Andy Jassy, CEO of Amazon. The list went on to feature the most influential people all around the world which also had Indian entrepreneurs such as Gautam Adani. Sam was featured under the Titan’s category which is said to be a high rated category to feature in.

Why did Sam Bankman-Fried feature in Time’s? Let’s see.

Sam Bankman-Fried is believed to be the modern pioneer of cryptocurrency in the world. Very few have had bigger impact on cryptocurrency’s ascendance in mainstream culture over the past two years than Sam Bankman-Fried. The 30-year-old entrepreneur has become a key face for crypto, who remains to be instrumental in bridging the gap between the crypto market and its investors. Bankman-Fried also believes that, crypto can certainly help democratize financial markets and reduce poverty and corruption. Sam bankman-Fried also doesn’t believe in showing off his money and truly believes in doing good to the human community. Sam, who’s worth around $20 Billion says, he is interested in donating 99% of his earnings to philanthropic causes. In a crypto world which is filled with negativity, scam and crimes, Bankman-Fried envisions, optimism, making an impact to the human race.