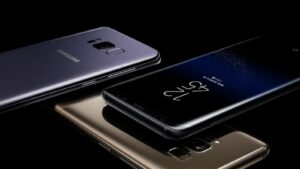 Last week. the extortion group, Lapsus$ had leaked 190GB worth of data, which they claimed to be that of Samsung Electronics. The leak was that  of a huge collection of confidential data of the South Korean giant consumer electronic company. It was reportedly leaked in three different parts of data and was carried out on Friday, March 4. On Monday, March 7, Samsung confirmed that the group had indeed leaked their data which included the source code for Samsung’s Galaxy devices.

The report, stating the breach, was published the previous week, where the Lapsus$ group claimed to leak Samsung’s data. The same group was also responsible for hacking Nvidia recently, leaking 200GB of its data. The extortion group leaked screenshots of the data which included Samsung’s source code. Moreover, this source code is said to be utilised for biometric unlocks and encryption functions on their Galaxy hardware.

Samsung, in the statement, did not necessarily confirm or deny as to who the responsible group was behind this. In fact, neither did they confirm whether any of the leaked data was associated with their encryption functions. However, they assured that none of the data included confidential data with regards to customers or employees of the electronics company.

“WE DO NOT ANTICIPATE ANY IMPACT TO OUR BUSINESS OR CUSTOMERS”

In its statement to Bloomberg, Samsung went on to confirm that the privacy breach was related to some internal company data. After conducting their first analysis, they found the breach to include the source code involved in the operation of the Galaxy devices. They concluded that it does not include any personal data, and are expecting their business to not get affected by this leak. The company assured that have adopted measures to prevent such incidents from occurring in the future. Samsung makes sure that their business will go on smoothly without further disruption to the customers.

The extortion gang was recently involved in blackmailing Nvidia after leaking their data. They had threatened to leak the company’s data if Nvidia did not remove crytocurrency mining limiters from certain GPUs. This, in turn, would make the drivers for these video cards open source. However, currently it is not clear if this was the case with Samsung. The electronics company is yet to confirm if Lapsus$ had many demands for ransom from Samsung electronics company for the leaked data.