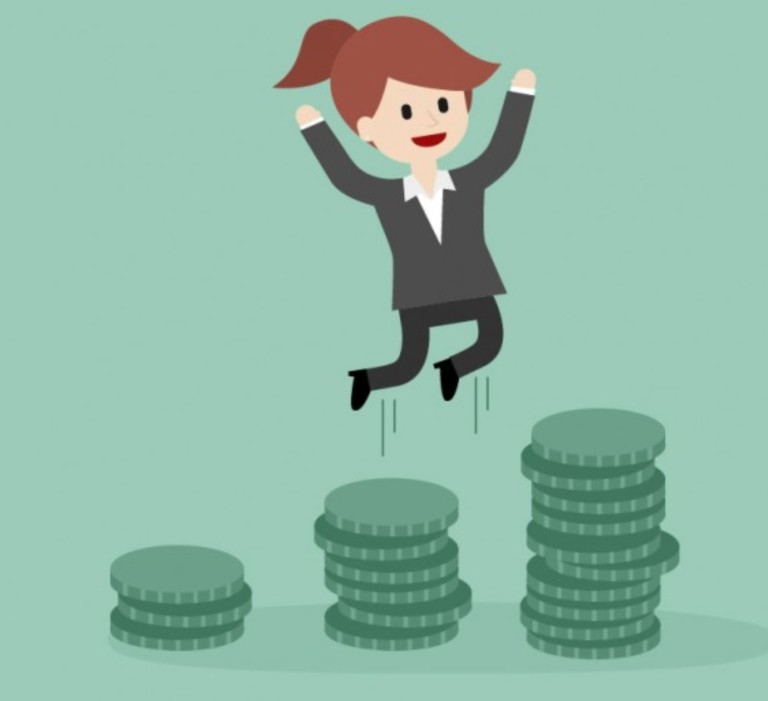 A sizable proportion of women believe that financial freedom is critical to their well-being. However, when we look across the cryptocurrency industry, we see that women make up a small percentage of the crypto space. For example, CoinSwitch Kuber reports that women account for only 15% of their customer base.

Why do women avoid cryptocurrency?

There are numerous theories as to why the cryptocurrency is still dominated by men.

Another argument is that when it comes to investments, women are risk-averse. Because cryptocurrency is notorious for its volatility.

However, that’s not all. According to one study, more female investors (76 percent) than male investors (52 percent) admit to being unfamiliar with this new asset class. Because they are not exposed to the asset class, women do not invest. Women, on the other hand, are looking for financial products that make sense to them.

While no one is preventing women from investing in cryptocurrency, little has been done to promote them until recently.

The year 2020 marked a watershed moment in India’s cryptocurrency industry. Following the Supreme Court’s clarification of the asset class’s validity, there has been a steady increase in the number of female investors entering the market.

In the last year, the cryptocurrency network CoinSwitch Kuber has seen a 1000 percent growth in the number of female user registrations.

More women are showing interest in this new asset class around the world. According to a Grayscale survey, women are more ready to make investment decisions based on the asset class’s education. Surprisingly, 93 percent of women said they would be more willing to invest in cryptocurrency if they were more educated.

Contrary to popular belief, Bitcoin is not only for guys. Consider Uma, a CoinSwitch Kuber user who claims that her first investment experience was with cryptocurrencies. Chaitra, another crypto investor, claimed that her bitcoin investments helped her pay off her student loans.

These testimonials demonstrate that more modern ladies are interested in learning more about cryptocurrency these days.

While women currently make up a small percentage of the crypto community, they have been fighting hard in the Indian industry.

Aside from the increase in female investors, the overall ratio of women working in the Indian crypto field is expanding at a faster rate. “Crypto India is going through some extremely exciting times, and it’s fantastic to have ownership of expanding it ethically,” says Swati Pincha, the growth lead at CoinSwitch Kuber. It’s encouraging to see so many women working in what was formerly thought to be a male-dominated field.

Take a look at the data for Bitcoin community activity by gender and the gap in Etherium wallet ownership.

Women entered the crypto world through a small network of geeks who invented the technology based on the original goal of financial freedom and fraternity. Some women who entered the cryptocurrency sector are journalists: these ladies have hundreds of thousands of subscribers, a verified blue tick on Twitter, and are regarded influencers.

Women make up 40% of Bancor’s workforce. Mary Wieck is the CEO of IBM Blockchain. Blythe Masters invented credit default swaps (CDS) and rose to the position of Executive Director at JP Morgan at the age of 28. You merely need to be aware of it. And now we’re off!

Laura was a Forbes Senior Editor who specialized in cryptocurrency and blockchain. She is now a freelance journalist and the host of the Unchained podcast: Big Ideas From the Worlds of Blockchain and Cryptocurrency, as well as the Unconfirmed podcast: Insights and Analysis From the Top Crypto Minds. Laura invites the most influential people in the crypto industry, such as Barry Silbert, Tuur Demeester, and Arthur Hayes; she knows all influencers personally and has become one herself.

Meltem came to blockchain from consulting, where she was a Strategy Consultant at Deloitte before becoming a Development Director at Digital Currency Group (DCG). She works at DCG, one of the most influential venture capital firms investing in cryptocurrencies, where she is in charge of finding and establishing blockchain enterprises that will gain access to the international cryptocurrency market.
She is also a member of the World Economic Forum’s Blockchain Council in Davos, and in her spare time, she works on educational projects for women and gives Blockchain talks at MIT Media Lab and Oxford.

Elizabeth used to teach a course on the future of the Internet at Yale and Stanford, and she now runs Lightning Labs, which she created in 2016. Lightning Labs is working on a system to accelerate cryptocurrency transactions for the next generation of decentralized financial infrastructure. So far, the business has created an implementation for the Lightning Network Protocol as well as the Neutrino platform, which enables the use of blockchain on smartphones.

Marie has worked with IBM for almost 30 years, serving as an engineer and manager in numerous divisions, but her passion for innovation has led her to the role of Head of the Blockchain Division. IBM was one of the first companies to support blockchain technology. The company is now developing open-source blockchain software as part of the Hyperledger initiative. It specifically concerns the IBM Food Trust platform — a system for managing food logistics that are already employed by Walmart.

Kathleen is the CEO of Dynamic Ledger Solutions, the firm that created Tezos and raised a then-record $ 232 million in an initial coin offering (ICO). She previously worked for R3, a blockchain consortium comprised of more than 70 financial firms. She previously worked at Bridgewater Associates and the Wall Street Journal. She was named to Fortune magazine’s “40 under 40” list, which ranks the most successful entrepreneurs under the age of 40.

Galia is a technology entrepreneur and Bancor co-founder. The company is working on a standard for establishing smart-tokens, which are cryptocurrencies with built-in convertibility that can be converted directly via smart contracts. Galia lives in Tel Aviv, where she promotes financial companies and participates in the Israeli Burning Man festival.

Pamela is a lawyer. She launched Third Key Solutions in 2015, a consulting firm that provides services to businesses who want to integrate cryptocurrency in their operations. The Agency also handles legal matters. Pamela has released a book titled “Cryptoasset Inheritance Planning: A Simple Guide for Owners.”

Tiffany describes herself as self-taught and has an interest in financial technology. She launched the Casheer mobile payment platform in 2014. Tiffany is now a well-known influencer; she blogs for Medium and promotes Ripple.

Dream Machine, a venture fund formed by an ex-TechCrunch editor-in-chief, invests in firms that leverage artificial intelligence, augmented reality, and blockchain. The fund invested $ 3 million in the TruStory startup, which assists in the detection of ICO scams.

Blythe Masters comes from the financial industry to blockchain. At the age of 28, she was appointed Executive Director at JP Morgan, where she pioneered the concept of CDS. She left global finance in 2015 to develop the business Digital Asset Holdings. The startup is creating tools to assist banks in learning how to operate with blockchain.

Why are women better crypto investors than men?

Women are superior crypto investors due to two separate characteristics.

Second, women are more successful investors – Women have a tendency to examine risks in practically everything and mitigate them as best they can. Female investors, according to Merrill Lynch research, assess risks before investing in an asset class. As a result, female investors can be more analytical in their investing decisions.

When it comes to investing in a volatile market like cryptocurrency, their prudence steers them in the right direction.

Can cryptocurrency pave the road for greater financial inclusion?

The World Economic Forum’s Global Gender Gap Index, research on the overall gap between men and women in 149 countries, discovered that women do not have equal access to financial services in approximately 40% of the countries. Women miss out on opportunities to grow and thrive because they lack the capacity to open bank accounts and trade money.

India is making strides toward greater financial inclusion. Nonetheless, women continue to be underrepresented in economic activity in various sections of rural India. Due to a lack of financial awareness and resources, these women are unable to become financially independent.

Cryptocurrencies can be quite freeing for women, particularly those without access to a bank account. Furthermore, because cryptocurrency has low entry barriers, all you need to get started is a smartphone with an internet connection. Because it does not require anyone to seek clearance from a third party, cryptocurrency has the potential to be a strong tool in assisting the globe in moving towards financial inclusion and closing the gender gap.