Samsung has recently released the Galaxy A52 and Galaxy A72 smartphones. Aside from the regular Galaxy A52 4G LTE model, Samsung also announced a 5G version of the handset, but the Galaxy A72 would not support 5G. At Samsung’s Galaxy Amazing Unpacked virtual case, the Galaxy A52, Galaxy A52 5G, and Galaxy A72 were unveiled. The mid-priced smartphones are currently unavailable in India but are scheduled to arrive soon. However, as 5G internet connectivity is still going in India and may take time for 5G connectivity to actually reach India, Samsung may skip the launch of the Samsung Galaxy A52 5G model in India, however, it’s yet confirmed by the company yet.

Specifications of the Samsung Galaxy A52 And Galaxy A72 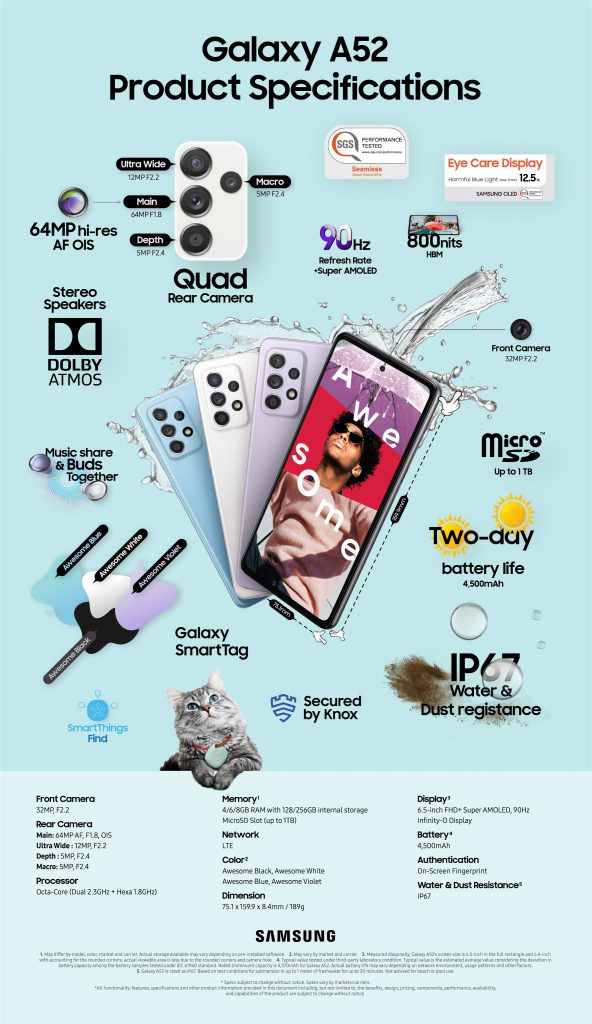 A 6.5-inch FHD+ Super AMOLED Infinity-O display with a 90Hz refresh rate comes standard on the Samsung Galaxy A52. The screen has a fingerprint scanner built-in. The phone is equipped with an octa-core processor, most definitely the Snapdragon 720G SoC, as well as 4GB/6GB/8GB of RAM and 128GB/256GB of data. A microSD card slot allows you to extend the internal capacity up to 1TB.

A 64-megapixel main lens with AF, OIS, and f/1.8 aperture, a secondary 12-megapixel ultra-wide lens with f/2.2 aperture, a 5-megapixel depth sensor, and another -megapixel camera for macro shots are all found on the back of the Samsung Galaxy A52. The 32-megapixel front camera has an aperture of f/2.2.

The Samsung Galaxy A52 is powered by a 4,500mAh battery that is rated to last two days. It has a 25W fast charging feature. The smartphone is also water and dust resistant, with an IP67 score. It has a length of 75.1159.98.4 mm and a weight of 189 grams. Knox protection, Dolby Atmos stereo speakers, and Android 11 OS are among the additional features. 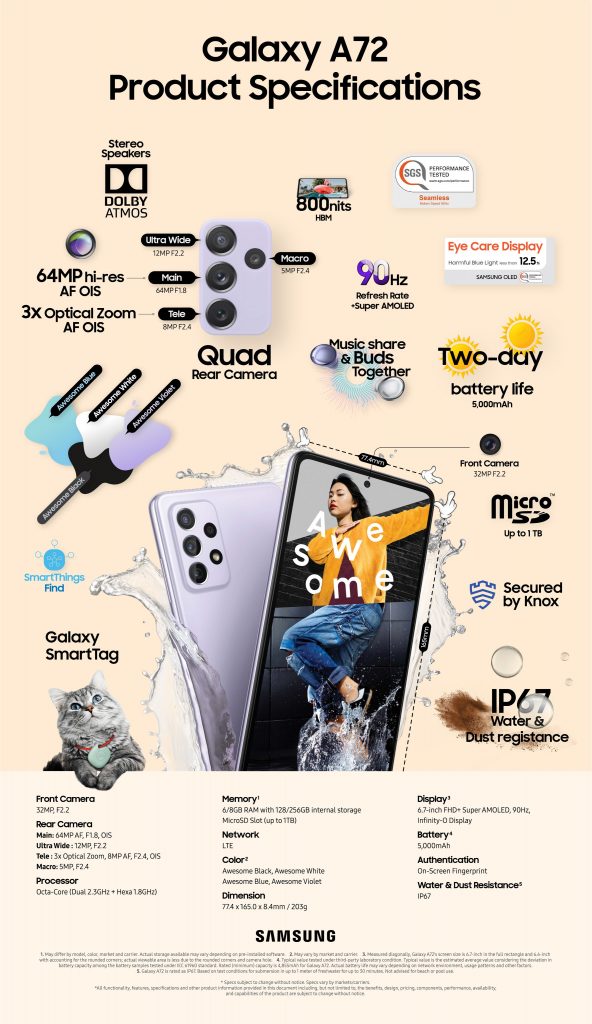 Except for a few exceptions, the Galaxy A72 shares much of the same specifications as the Galaxy A52. The Samsung Galaxy A72 features a 6.7-inch FHD+ Super AMOLED Infinity-O touchscreen with a refresh rate of 90Hz. When it comes to back cameras, there’s even a slight improvement. The Galaxy A72 will also have an 8-megapixel OIS AF Telephoto lens with up to 3x optical zoom, in addition to the 64-megapixel+12-megapixel+5-megapixel macro image mix. 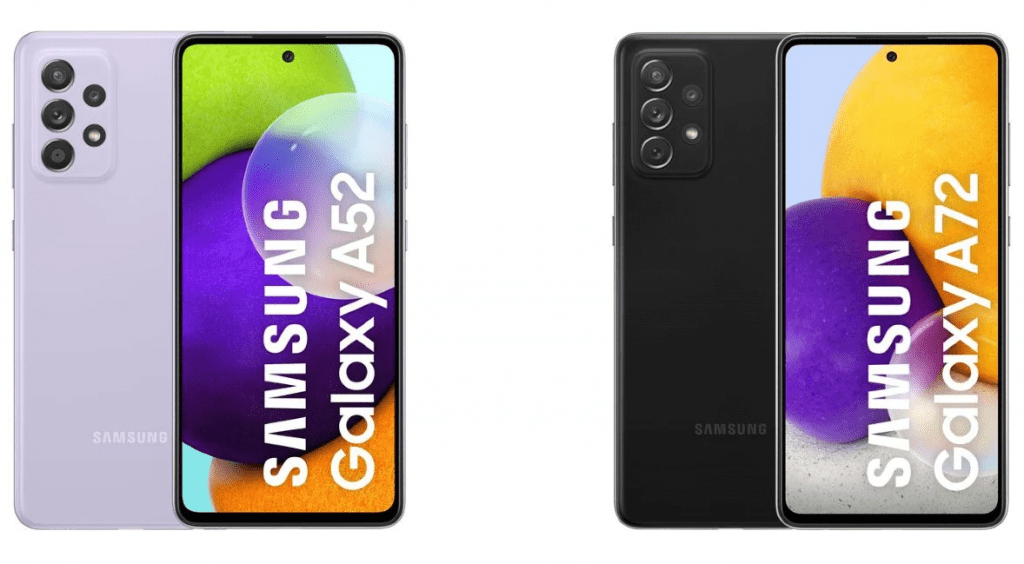 The Galaxy A52 5G has a 120Hz refresh rate screen as part of its features. The display’s other features will remain unchanged. The processor will most likely be an octa-core Snapdragon 750G, while India will get an Exynos chipset. The phone will be available in 6GB and 8GB RAM configurations, with storage choices of 128GB or 256GB.

In terms of network, the Galaxy A52 5G supports 5G Sub6 FDD and 5G Sub6 TDD, while the Galaxy A52 and Galaxy A72 only support LTE. The rest of the specs are the same as the LTE version of the Samsung Galaxy A52.