Samsung Galaxy S21 series was announced on 14th January at 8:30 PM (IST). The flagship devices from the company bring some interesting specifications and choices. Also, the pricing of the devices has been reduced as compared to the last-gen. Samsung has cut some corners on the lineup’s base models while it has improved many things on the Ultra model. Let’s take a look at the specification of all three models and their improvements compared to the S20 series. The Galaxy Buds pro and smart tags were also announced alongside the S21 series.

The S21 comes with a 6.2-inch FULL-HD AMOLED panel with a 120HZ refresh rate. While for the S21+, the display is 6.7-inches with the same resolution and refresh rate. Another difference between the devices is the build. The smaller S21 comes with a plastic build, while the S21+ has a much superior glass construction. Both the devices come with the Snapdragon 888 and Exynos 2100 (depending on where you live) paired with 8GB RAM. There are also two storage options to go for with both the devices 128/256GB. To keep all these running, the S21 packs a 4000 mAh battery, and the S21+ has a 4800 mAh unit. 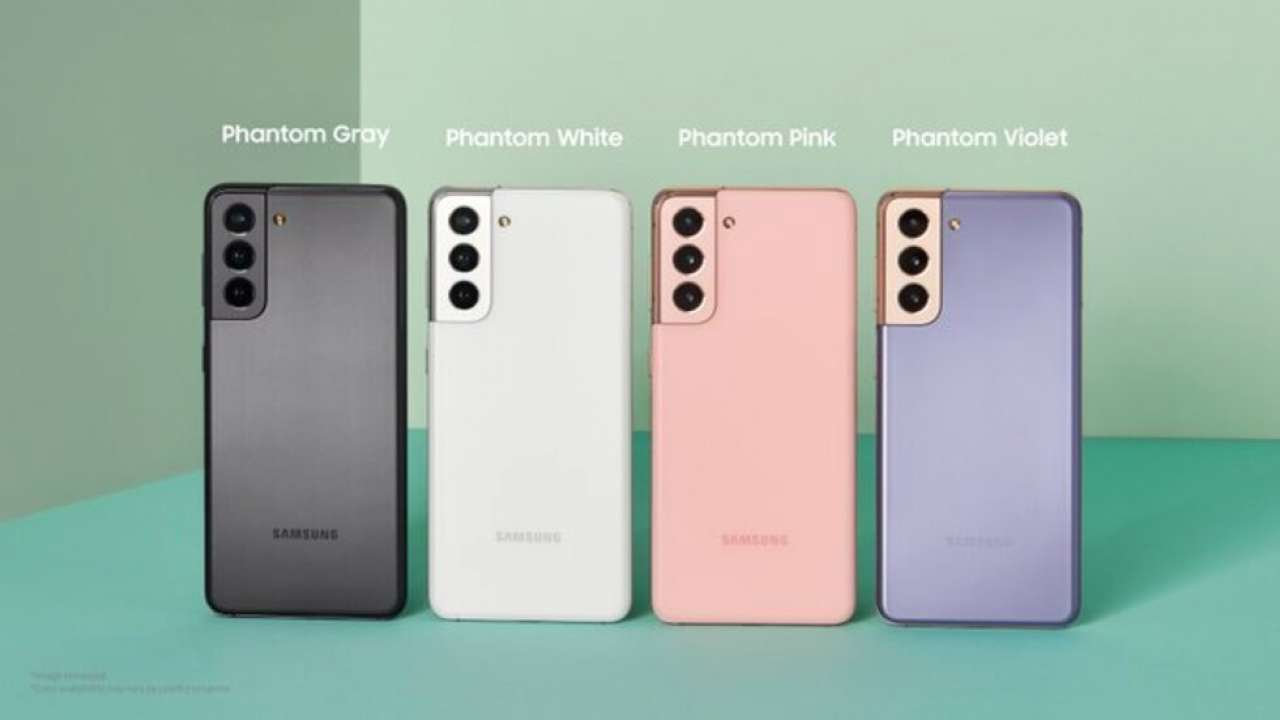 Coming to the cameras, one of the main USPs of the top-tier S series by Samsung. Both the devices come with a triple rear camera setup with identical specs. There is a 12-MP primary sensor, a 12-MP Ultra-Wide, and a 64-MP 3x optical zoom telephoto lens. Both the devices also have a 10 MP front camera for selfies. Samsung has also added support for 8k 30 fps compared to the previous 24 fps. All in all, the camera specs look good, and no matter which one you go for, there are no shortcomings.

Finally, talking about the distinguishing features that make a flagship a real flagship. The devices support 15-watts wireless charging, reverse wireless charging, IP68 dust and water resistance, and the new S-pen support. The S21 comes in four different colors, while the S21+ has only three. The starting price of the S21 is $799, while for the S21+, it is $999.

Now coming to the most feature-packed device by Samsung, the S21 Ultra. The device comes with a huge 6.8-inch QHD panel with an adaptive 120Hz refresh panel. It is also power by the Snapdragon 888 or Exynos 2100 but comes with 12GB RAM in the base variant. The Ultra also has more storage options to choose from, with the highest one going to 512GB. But the most important difference of the device as compared to the S21 and S21 + is the cameras. Unlike the other two models, Samsung’s highest-end variant features a Quad camera setup with a 108-MP primary sensor. This allows the device to shoot high-resolution images and also great low-light photos. The other cameras are a 12-Mp wide-angle sensor and two 3X and 10X telephoto cameras. The company has also tossed in a laser autofocus sensor to counter the focusing problem that the Samsung Galaxy S2o Ultra had. The device’s front camera is also upgraded from the other two models from a 10-MP sensor to a 40-MP.

Alongside the Samsung Galaxy S21 lineup, the company has also pushed the Galaxy buds pro along with it. The earphones come with an intelligent Active Noise cancellation system and are the best of what Samsung has to offer. Galaxy Buds pro has specifications that make it a similar option to the Airpods pro but just for Android and specifically Samsung. So talking about those, the earphones are IPX7 water resistance, supports wireless charging, ANC, and also has a new auto-switch feature. They also have special head-tracking tech to provide a spatial audio experience and take it to a whole new level.

Unlike the Galaxy, Buds live, or as I like to call it, the Galaxy beans, the Buds Pro comes with a more traditional in-ear design. This not only helps to improve the audio experience but also significantly improve the Active Noise cancellation. The earphones also have three microphones on each bud to offer exceptional call quality and noise-cancellation during calls. There are also features that we generally find in high-end headphones like the Ambient sound mode. The Galaxy Buds Pro lets you change between ANC and the Ambient mode seamlessly. So, now you can hear people even clearer when you are wearing your buds.

Talking about the battery life, which is one of the most important aspects of a truly wireless bud. Well, the Buds pro won’t disappoint you with its 8 hrs battery life (5hrs with ANC on) on a single charge. At the same time, the case can add another 20 hours so making the total battery life 28 hours (18 hours with ANC). The Buds pro will retail at $200 and will sell alongside the S21 lineup.

In an attempt to compete with Apple tiles, Samsung has released its very own Galaxy Smart Tags. There are two variants to this, the Smart tag and the smart tag+. While the former makes use of Bluetooth 5.0 for tracking, the latter uses UWM(UltraWide Band) technology and both are IP 53 water and dust resistance. They are a pretty nifty accessory to be used with one’s pets, bags, or things that are often lost like keys. The device’s range is also quite good at about 120 meters. They also have a variety of customizable cases to go with them. Samsung Galaxy Smart tag has been priced at $29.99 while the tag+ will cost $39.99.

What are your thoughts on the devices launched by the company? Do let us know in the comments below. Also, if you found our content detailed and interesting, do like and share it with your friends.