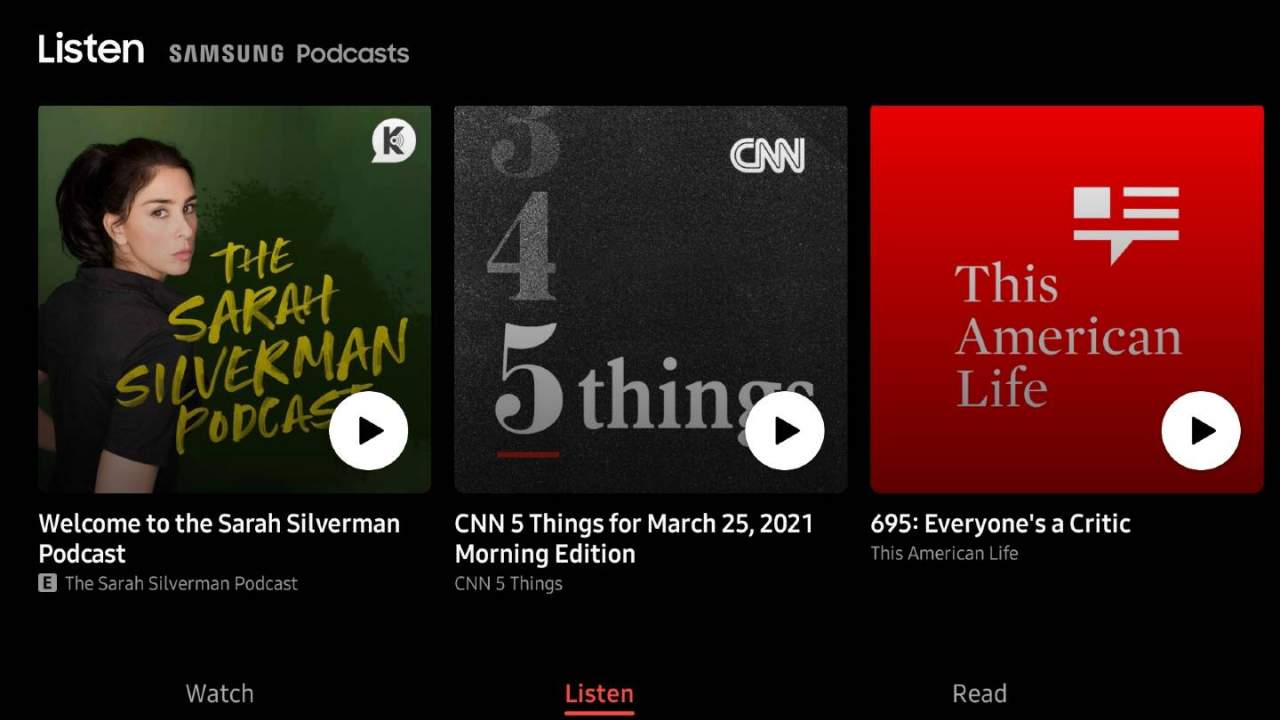 Samsung is the world’s most popular technology company and it really needs to pull up its socks every time another competitor releases new services and products. This is the same with other companies when Samsung releases its flagship S21 Ultra or Note 20 devices. The technology giant is definitely good with its products and aims to cater their products to customers in every price range.

However, Samsung has recently launched another upgrade to its Samsung devices which is not actually meant to compete with other platforms but just makes the package more complete. So, if you own a Samsung phone and you like to listen to podcasts then you are in for a treat. The company has added another way of listening and enjoying your podcasts in its free entertainment application. The podcast section in Samsung phones is added to the free entertainment app where users can find a selection of complimentary articles, movies, games and TV Shows.

Good news for Samsung users indeed! According to multiple reports, the company has officially named it Samsung Podcasts and the feature is being added to the company’s flagship devices including Samsung Galaxy S20, Samsung Galaxy S21, Note 10, Galaxy S10.

Samsung says that as long as the users have logged in to their devices with their free Samsung account, they will have access to thousands of podcasts to enjoy on the app with partnered channels including NPR, This American Life and iHeartMedia represented podcasts, as mentioned in a report by Engadget.

The report further added Samsung has not included this feature as a separate application but introduced a new section within an already existing application for entertainment. According to reports, if Samsung were to compete with similar services such as Google Podcasts or Apple Podcasts, it would definitely have introduced a new application under the name ‘Samsung Podcast’, but it did not. So, this means that you cannot certainly accuse the technology giant to be duplicating every move that is served in the market by its competitors. Samsung Podcast is not meant to compete with these already existing applications but an extension of Samsung’s very own homemade applications in the Samsung ecosystem (if that’s a real thing).

However, there are many people on the internet that are speculating that Samsung should also plan to introduce the music and audiobooks section in its free entertainment application for users. This would give users a pure experience of everything in one application which is hard to find these days.