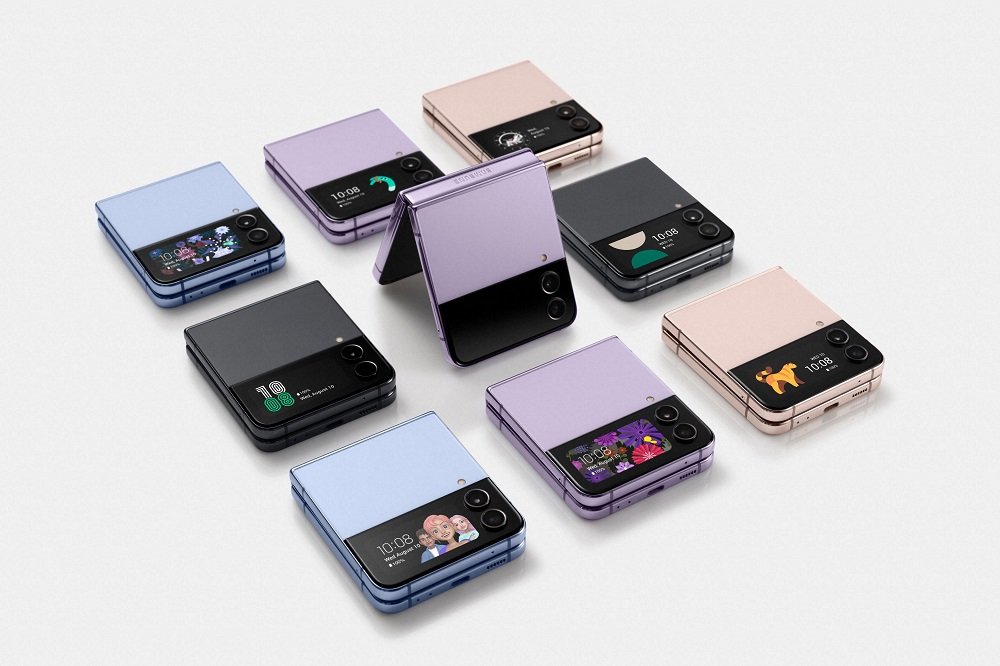 This new flip smartphone by Samsung gets upgraded in terms of hardware and software for this year. Although on the hardware suede, the main change is seen on the clamshell. To know more, here is what we have got for you:

Talking more about the specification side of the Samsung Galaxy Z Flip 4, here you will get to see an upgrade from the previous year’s Flip smartphone lineup. This new smartphone sports flat edges that are similar to the recently launched S22 series.

And for surprise, this time Samsung Galaxy Z Flip 4 has also got an IPX8 rating, and a fingerprint sensor is mounted on the side of the smartphone.

Now getting to the front side, the smartphone comes with a bigger 6.7-inch bigger Dynamic AMOLED screen which comes with the support for FULL HD+ resolution. Also, the smartphone’s screen also supports a 120Hz faster refresh rate.

There is another display you will get to see outside of the smartphone, here we will get to see a 1.9-inch AMOLED Screen which is quite the same as last year’s display. On this display, you will be able to see details like notifications, called ID and even you can click selfies too.

Even the chipset inside the foldable gets an upgrade here! Here you will get to see the latest new Snapdragon 8+ Gen 1 SoC which is the all-new 5G chipset. 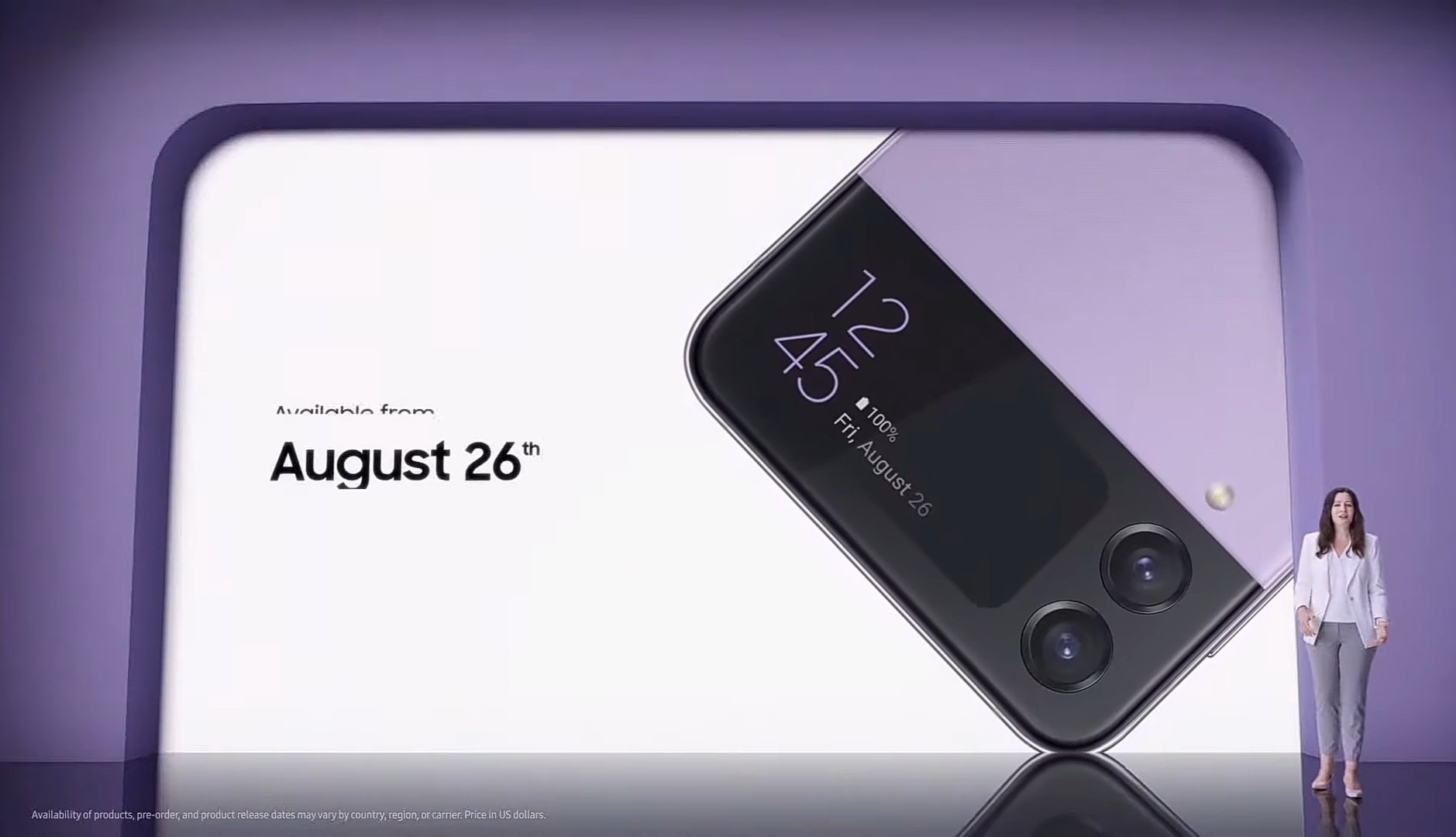 Talking more about the internals, here you will get to see a faster RAM which is an LPDDR5 8GB RAM, and also faster internal storage which is a UFS 3.1 storage with the capacity of 512GB. Here the smartphone will be running on Android 12 out of the box.

Let’s now jump to the camera housing! Here you will get to see the main 12MP sensor which is coupled with a 12MP Ultra-wide sensor.

Here the camera gets a slight upgrade as the smartphone will be getting the support for Dual Pixel Auto Focus and OIS too. On the front side, we can see a selfie camera housed on a punch hole housing.

Getting to the battery and charging, here the smartphone will come with the same 3,700 mAh battery and will be getting the support for 25W faster-wired charging also to charge your accessories or maybe even other phones, you can use the reverse wireless charging feature too. 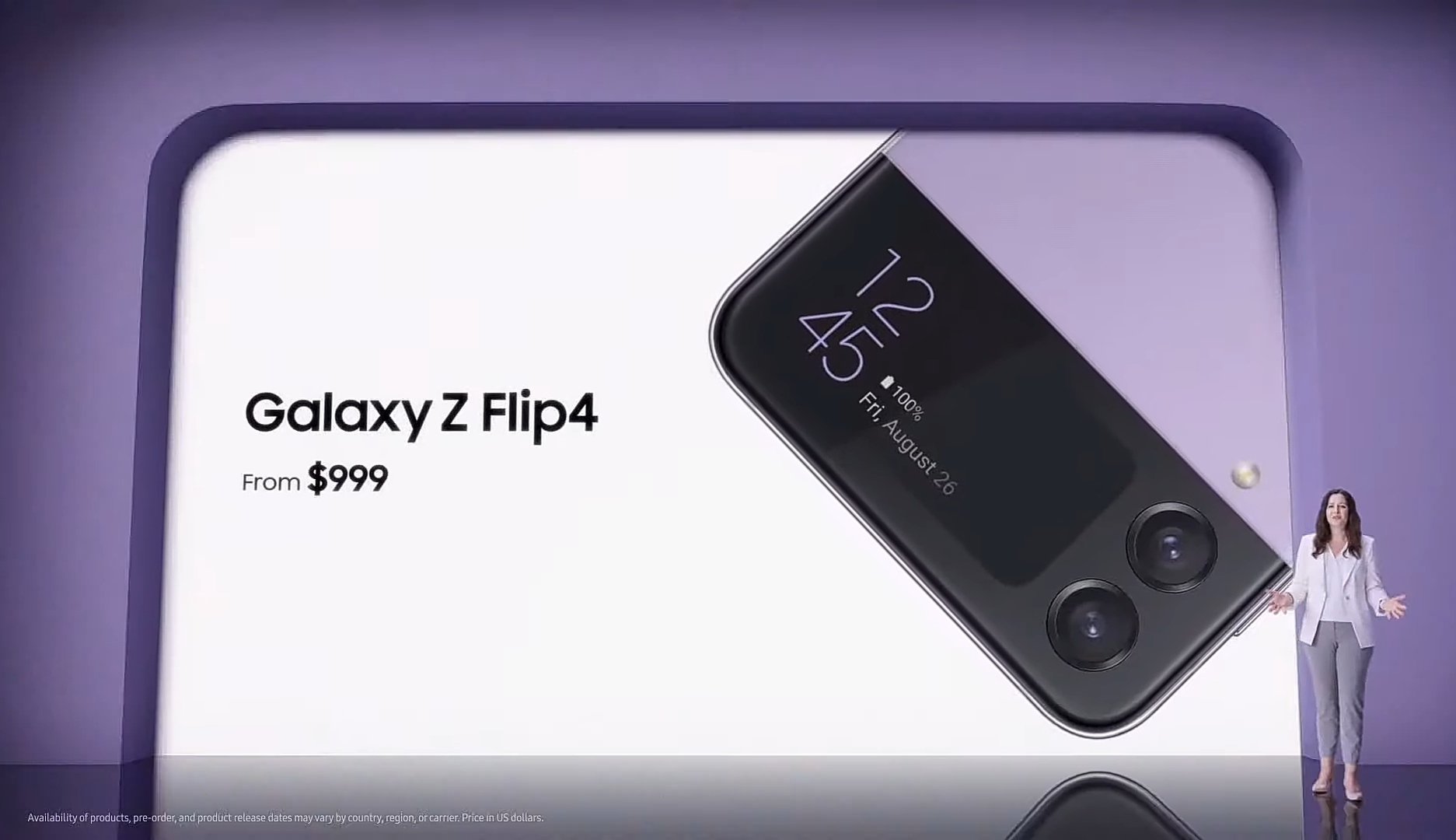 Getting to the price factor, the smartphone will be coming with the same pricing as its previous year’s foldable which is $999. However, you can now pre-order the smartphone today. The foldable will first go on official sale on the 26th of August itself.