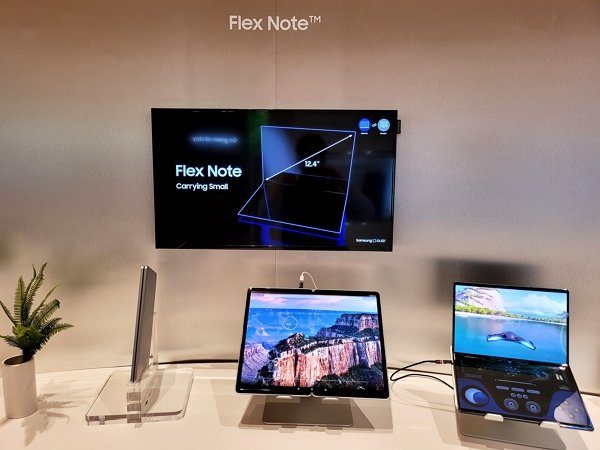 At CES 2022, Samsung demonstrated four foldable display technologies, including three new panels for smartphones and a display that may be utilized in foldable laptops. Samsung already sells popular foldable phones like the Galaxy Z Fold 3 and Galaxy Z Flip 3, which compete with Motorola and Oppo’s products.

The business unveiled the Flex S, Flex G, and Flex Slidable panels for smartphones, as well as the Flex Note panel for keyboard-less laptops with foldable screens. Samsung, on the other hand, has yet to show any intentions to commercialize these idea gadgets.

According to a report by SamMobile, the South Korean business demonstrated its Flex Note panel at CES 2022, which is a concept for laptops with a single, continuous display that replaces the actual keyboard.

According to the article, users would be able to consume video and other information on a larger screen while still having access to a touch keyboard and other input options, exactly as on a smartphone screen. 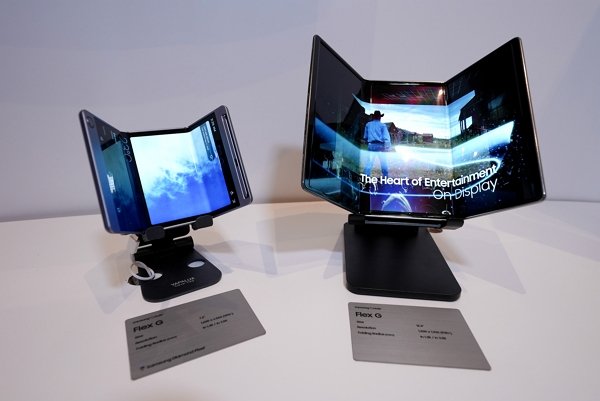 The Flex S and Flex G concept panels from Samsung are called by the way they unfurl. This implies the Flex S fold has three panels that fold outward to create a bigger screen.

While the Flex S panel provides a bigger display in a smaller package, two of the display panels are facing outward, potentially exposing it to scratches and damage.

Samsung’s Flex G idea is intended to address this issue; it too has three folding panels, but they fold inward rather than outward.

At CES 2022, the business unveiled Flex Slidable, a fourth foldable display technology. It has a design that is similar to the Oppo X 2021 smartphone.

A prototype phone with a sliding display that rolls out for more screen area was shown off with the Flex Slidable panel. While it may be used to increase the viewing area for content, Samsung’s video indicates a series of shortcuts, akin to the One UI Android skin’s swipeable shortcut panel.

It’s astonishing to see how tech has been making its massive growth with years passing! From the time of black and white display and now flexible, rollable high-end displays has become a reality now.

Though, we don’t have any such details about which product will we get to see these displays being used. Will we see Samsung Galaxy Z Slide in the future? Let’s wait and see.