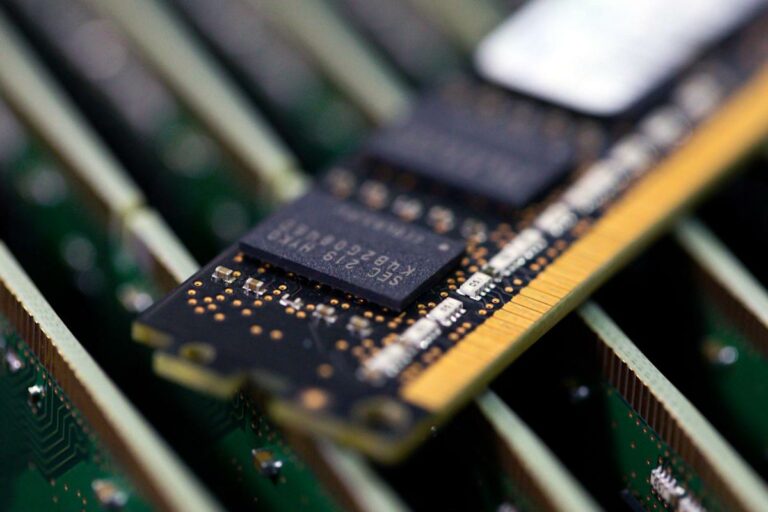 Samsung to spend $360 billion on Chips, Biotech over 5 years The South Korean electronics and biologics giant is hiking spending by 30% to create jobs and boost technology

The Samsung group is making plans to increase spending by over 30% to 450 trillion won ($360 billion). This is set to be done through the half decade to 2026 in order to shore up businesses from chips to that of drugs. Evidently, this happens as the South Korean business giant continue to struggle with increasing economic and supply shocks.

In a statement, the South Korean company promised to make way for 80,000 jobs through 2026, mainly in semiconductors and biopharmaceuticals. The corporate giant’s units stretch from Samsung Electronics Co. to Samsung Biologics Co, dominating the South Korean economy. One of the handful of ‘chaebols,’ South Korea’s wealthiest families, runs Samsung, and is outlining investment plans as the new president takes office. Yoon Suk Yeol is an active supporter of these companies, making them essential in his plans for economic growth.

Moreover, South Korea’s biggest automaker, Hyundai Motor Group announced similar plans on Tuesday. By 2025, it will spend 63 trillion won in fields such as electric cars, robotics, hydrogen powered vehicles and aviation technology. Additionally, retail and chemical company Lotte Group stated that it would pour nearly 37 trillion won into a venture. They aim to boost the South Korean economy, from hotels and duty-free stores to hydrogen power generation, along with an EV rental business.

“It’s a classic way of Korean companies to appeal to a new president,” said Park Ju-gun, head of Leaders Index, a Seoul-based research institute. “Investors need to check whether the promised amount of investments are actually executed or not.”

Samsung, like the other significant chaebol heads, aims to contribute part of the responsibility to boost growth in countries to fight intense inflation. These inflations and economic disruptions are a result of the ongoing war in Ukraine, along with the Covid-19 pandemic.

Notably, Samsung Co. is putting particular focus on its technology flagship. This is one of the most important aspects of thriving empire involved in shipbuilding, finance, health care and technology. Samsung Electronics is the largest maker of smartphones, along with memory chips, displays and consumer appliances. In 2021, it spoke of plans about investing $151 billion through 2030 in order get more involved in advanced chip making.

Clearly, most of this is set to go towards its semiconductor sector, which rapidly growing in hopes of competing with Intel Corp and TSMC (Taiwan Semiconductor Manufacturing Co). This is to manufacture chips for global names like Nvidia and Qualcomm.