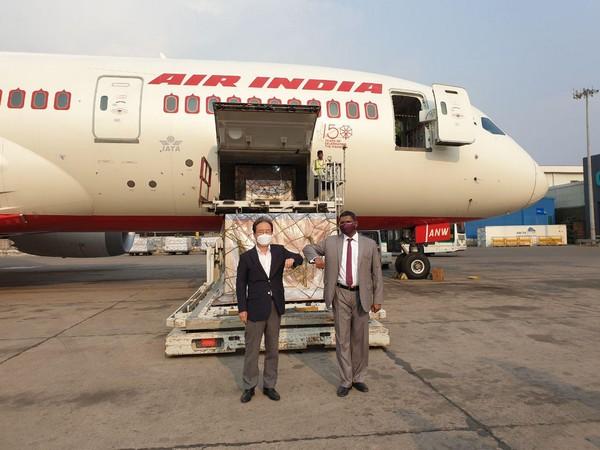 Samsung sending in 60 Oxygen Concentrators to UP, India
Home
News

Samsung decided to send the help as a part of its Corporate Social Responsibility (CSR). The company already has a big mobiles and smart phone manufacturing facility in Noida’s Gautam Buddh Nagar. This factory is perhaps one of the biggest owned by the South Korean Company. It is also one of the leading investors of the state, said the officials.

The District Magistrate of Gautam Buddh Nagar- Mr. Suhas LY showered many appreciations on the company and thanked them for their efforts and contribution for helping the state fight against the Corona Virus. He hopes that Samsung would continue to supply help to the state and the country if needed in the future to fight the pandemic.

Gautam Buddh Nagar has faced a lot of shortage of medical supplies and oxygen. The COVID patients and their families are running around pillar to pillar to find oxygen and other medical supplies. This shortage of equipment has been caused due to augmentation in the demand and the balck marketing of the equipment during the second wave of the pandemic.

Rakesh Chauhan in an address stated- “These oxygen concentrators are the first lot of the COVID-19 aid that Samsung has committed to the state of Uttar Pradesh under its CSR initiative. They have been airlifted from South Korea. It will soon be followed by a batch of oxygen cylinders and Low Dead Space (LDS) syringes, which will help save wastage of vaccine in vials. Twenty per cent more people can be vaccinated with the same number of vials when LDS syringes are used.”

Partha Ghosh, the CSR Head and Vice President at Samsung India in a statement said- “Samsung stands with the people of Noida, Uttar Pradesh, and the rest of India, and will continue to support the community during these difficult times.”