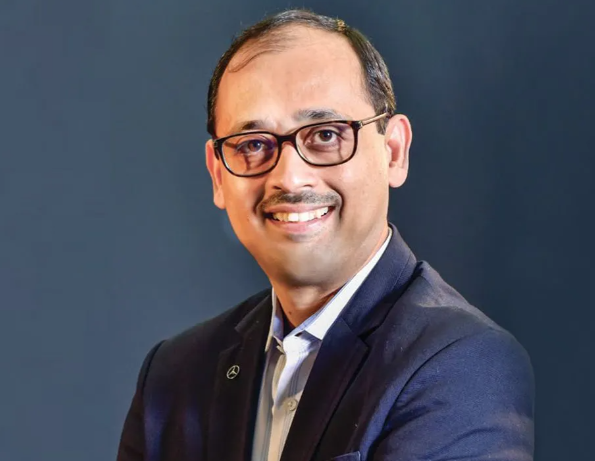 Indians never fail to surprise and make the world proud with their performance and attitude. Another proud Indian has managed to make India proud with his work and persistence. Santosh Iyer, who is currently Vice president- sales and marketing in Mercedes Benz India will

be further appointed as MD and CEO of the company. This will be the first time that the German company will be appointing an Indian on the latter position. Santosh Iyer will be working as MD and CEO in the company from 1st January, 2023. The position will be given by Martin Schwenk to Mr. Santosh Iyer in Mercedes Benz Thailand. This will be a very historic day and a proud moment for all the Indians.

Santosh, has been working in the company since 2009 and has taken several roles over the years. He has been looking after Sales, marketing, Consumer services, internal communications for the company. After giving up his position, Martin Schwenk will further be appointed as the President and CEO of the company. It should be considered that both these individuals will be given their respective promotions and permissions to take over from 1st January, 2023 in Mercedes Benz Thailand. The current MD and CEO of Mercedes Benz, Martin Schwenk said that India is a place that has a lot of potential. The people and their generosity makes the market immensely productive and dynamic at the same time. The country inspires the company’s consumer Centric approach.

Due to such beautiful qualities that India has and the people here possess, it is believed that the company will be in great hands after Santosh Iyer takes the position. The passion, vision and risk taking power of Indians is unmatchable and very distinctive and this is the reason why Santosh Iyer will be the best choice for the position.

The future is now in the hands of India. This statement is true as the electrified future of the cars are now in the hands of Indians. Mercedes Benz is India’s largest luxury car manufacturer and it plays a core factor in defining its development in terms of the automobile industry. This organizational step will definitely benefit the company and the country as well. Santosh Iyer will be having a huge responsibility in terms of this transition that the automobile industry is going through and it will be exciting to watch the new take of the company on the world’s market.