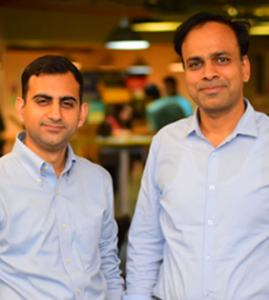 The startup which is currently led by Fintech has recently raised about $110 million. The company’s fund round was led by TPG’s The Rise Fund and Norwest Venture Partner. The money will help the new startup to expand itself and will also increase their business capital. Early Salary is a startup which is started by Fintech where they aim to provide cash loans to working professionals. This round was not their first time raising money. Earlier as well, the company had raised almost $34 million. But according to the previous rounds, this one is the largest that the company has raised so far. In the previous rounds of fundraising, the company came across investments from Piramal capital, Eight Road, etc.

Due to a very happy Series D round, the company’s valuation has now jumped up to about $300 million, which is even more than huge. This startup aims to increase the lending for working professionals upto 5 lakh rupees. The company aims to create a way more accessible environment for working professionals if they want to apply for loans. They also have a new segment where the receivers can buy now and pay later. In this part, they can cover expenses such as education, health, etc.

As the company is now all set to expand their business around the country, it will be very important for them to be vigilant and trustworthy towards their customers. The company will now be focusing on solving the problems of a larger segment of people. Growth and development of the Early Salary will eventually lead to the growth of their customers. It is very interesting to see how a startup has thought about the middle class individuals and has understood their problems in the country. Till now, the company has expanded itself to 150 cities and has over 12 million app downloads till now.