As per the latest reports by Bloomberg, Savitri Jindal of India beat Yang Huiyan of China to take the title of wealthiest woman in Asia on Friday. Yang Huiyan was the wealthiest female in Asia with a net worth of over $24 billion last year. Due to the impact of China’s real estate catastrophe on the country’s builders, including her own Country Garden Holdings Co., Yang Huiyan is no more the wealthiest woman in the continent. She has fallen behind Savitri Jindal in the billionaire’s index and has shed almost $11 billion in the year. 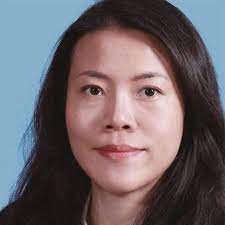 Owing to her multi business company Jindal Group, which operates in sectors including metallurgy and electricity production, Savitri Jindal has amassed a wealth of $11.3 billion. The 72-year-old is now the only female among the top 10 wealthiest Indians according to Forbes for 2021.

Yang, who became one of the youngest billionaires globally in 2005 after inheriting her dad’s interest in the real estate firm, has seen a spectacular collapse. She has held the title of wealthiest woman in Asia for the last five years, which reflects the quick expansion of China’s real estate market. China’s government began cracking down on huge debts in the real estate industry in 2020, which caused the largest real estate business to default on payments and renegotiate terms with lenders.

Savitri Jindal’s wealth increased by $12 billion in just two years despite the fact that she never attended college and just took up her husband’s company after his untimely death. In actuality, in the past two years, her net worth has increased more than three times, from $4.8 billion in 2022 to $17.7 billion in 2022.

Savitri Jindal has had a vividly bright political career as well. She got voted to the Haryana Vidhan Sabha first from Hisar district seat in the 2005 following the untimely yet sad demise of her husband. She was re-elected in 2009, at which stage the State cabinet selected her as a cabinet minister. She has held the positions of Minister of State for Urban Local Bodies and Housing as well as Minister of State for Revenue and Disaster Management, Consolidation, Rehabilitation, and Housing. She did not win the seat, nevertheless, in the 2014 elections.

Ironically, Savitri Jindal reportedly claimed that ladies in the Jindal household do not leave the house in a 2010 interview with  Forbes in 2010. “We remain in charge of the house while the men take care of everything outside. I had never even been to the Hisar market. Jindal Sahab (her husband) used to say that everyone in the market was a relative and elder to you. And women in our house were not supposed speak to elders’’, her exact words.