SEBI COMES WITH EASE IN THE LISTING PROCESS OF START UPS

Securities and Exchange Board Of India has taken a decision that would surely bring out an advantage for the start-up segment of the nation. The authority has taken decision to make listing process of new budding ventures more easy & flexible. Let’s look into the details. 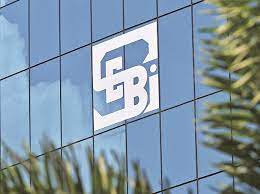 SEBI was established in 1992 with an objective to keep an eye on the interests of investors and protect them for their betterment. The major role of this authority is to maintain healthy investment environment. It is covered under the jurisdiction of the Government Of India specifically under the Ministry Of Finance.

The major area is to act as a watchdog for the three different segments of the market which are issuers, investors & intermediaries at large. In simple words; it is basically the police that acts as a watchman for your investment. It has three major powers:

The Indian stock market has immense contribution from the work area of SEBI. It helped the paperless mechanism to roll out and switch to T+2 mechanism of trading. The major hold is taken by the association through its 20 departments; some of them are like :

CHANGES MADE TO LISTING

The approval was made by the board on the innovator growth platform. The changed rules are:

“However, irrespective of acquisition or holding of shares or voting rights in a target company, any change in control directly or indirectly over the target company will trigger an open offer,” Sebi said.

India is a country that has to maintain a sync between its social, economic and political domains. The economy has a pivotal role to play and start-ups have taken this segment of economic growth to next level. The Atmanirbhar Abhiyan has made the country look out for self-sufficiency. But the journey is very long and a lot has to aimed & targeted upon.

Therefore; the prime most authority that functions in the capital segment has taken its stand to make it clear that they are in favour and the companies have their back from the very start.